NYSI Bball: Steady scoring of NYP give edge over SUTD to take game 53-35 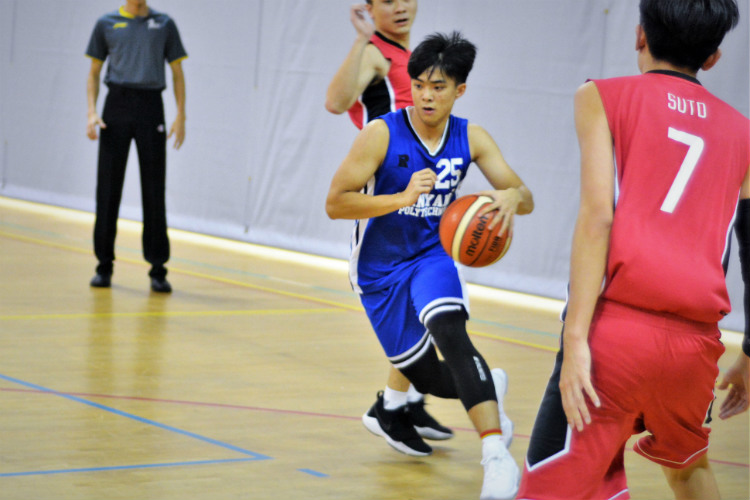 The two teams were playing with great intensity on both ends of the court with neither letting up. However, NYP were able to push ahead to lead 12-8 after the first quarter.

At a glance, NYP had the upper hand with more offensive threat compared to SUTD.

Kenneth Goh (NYP #1) commented, “One advantage we had was that we have more shooters and compared to the other team (SUTD), we shot more and attempted more three-point shots.”

Despite that, SUTD played incredible defense and made it tough for NYP to score. This tough defense allowed SUTD to keep the game close and within striking distance to stage a comeback.

However, NYP continued score steadily. Zhou Zhenlong (NYP #25) scored back to back three pointers in the third quarter to keep his team ahead. He went on to score a game-high 10 points.

As time went on, SUTD’s intensity on the defensive end dropped and the lapses in defense allowed NYP to secure the victory eventually.

Kenneth Goh (NYP #1) added, “We were a bit more prepared and capitalized on SUTD being more nervous during the game. However, we did not play very good defense and allowed SUTD to score quite a few. We have to work on better defense as good defense will translate to better offense. We also have to work on taking higer percentage shots, there were a few forced shots today.”

Xing Bo (SUTD #15) commented, “This is a very nice league for us to prepare for SUniG. We have some new members and this allows the new members to get accustomed to the competitive scene. From the first to the second game, we can already see quite a big improvement in how we played. We reviewed our actions and improved on it. Every single game in NYSI allowed us to improve and get better. In terms of tactics, we did badly previously on breaking the full court press and for this game we were able to play better to counter that. We pick up errors here and there and just try to improve along the way.”