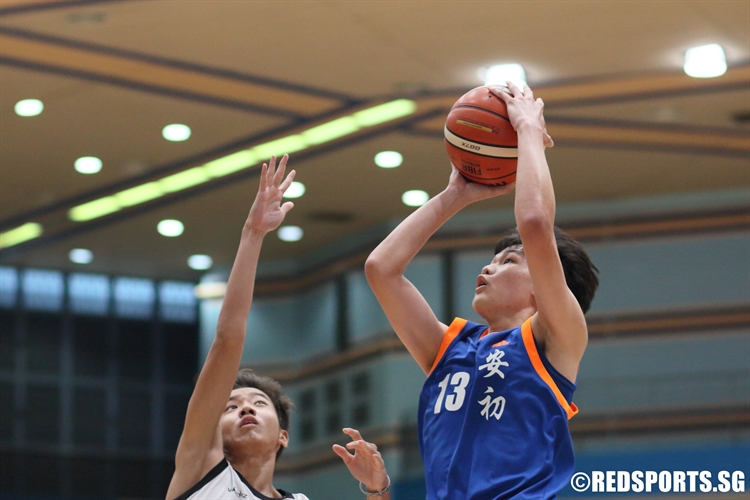 Jurong East Sports Hall, Tuesday, May 15, 2018 — Anderson Junior College (AJC) flipped the switch with a dominant second-half performance in their 64–40 victory over Meridian Junior College (MJC) to advance to the final of the National A Division Basketball Championship.

Right after tip-off, both teams played at an uptempo pace in a bid to score quick baskets. The opening quarter would turn out to be closely contested, as both teams traded scoring runs with each other.

After MJC sprinted out to a 15–6 run in the opening 6 minutes and 10 seconds, AJC struck back by closing the quarter with a 8–1 scoring run that was capped by a three pointer from Mohamad Hilman (AJC #14) with 16.2 seconds remaining.

The second quarter would continue to be a competitive affair from both sides, as both teams kept themselves within five points from each other throughout the quarter.

The third quarter saw AJC lock up on the defensive end, forcing MJC into taking tough shots and turnovers as passing lanes were cut off by the swarming defense. AJC turned defense into offense, scoring 10 of their 17 points in the period off MJC turnovers.

AJC would close out the final 5 minutes and 51 seconds of the quarter on a massive 15–0 run to seize control of the game as they led 46–31 heading into the final quarter.

AJC would continue their dominance on both ends of the floor in the final quarter, outscoring MJC 19–8 over the course of the fourth quarter to seal their final berth with a convincing 64–40 victory.