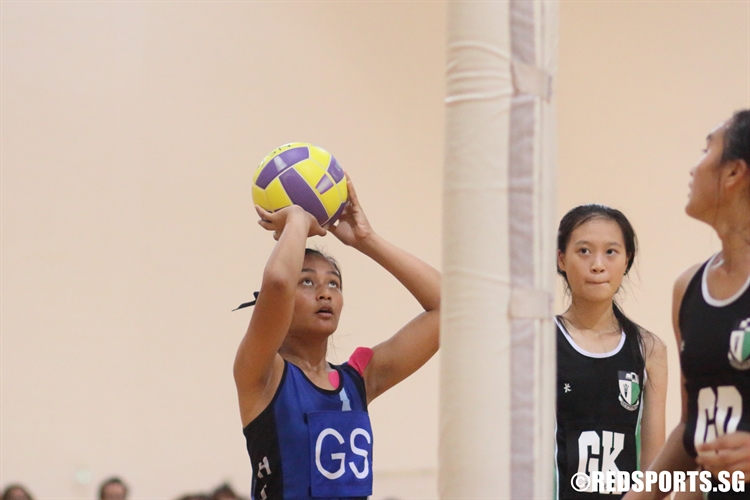 East Zone champions St. Hilda’s took down Raffles Girls’ School (RGS) 40–20, pulling away in the second half after a tight opening quarter saw the game tied 6–6 at the first interval.

St. Hilda’s was delighted to make the final having not progressed past the preliminary round last year.

“I feel very proud of this team for making the final,” shared captain Dian Nur Iqqah, who started in Wing Defense for her team.

Getting one over their opponents this time demonstrated that the team had made significant progress in the past year.

“I think it shows that we have improved from last year. We are showing better teamwork and have greater trust in each other,” revealed Seraphina Low, team captain of CHIJ (Toa Payoh).

“We worked very hard and it was a really tough match,” added Seraphina (HIJ captain).

While CHIJ (Toa Payoh) have regularly progressed to the business end of the national championship, St. Hilda’s will be making a rare appearance in the national final.

Sticking to the game plan in the final will be the priority for St. Hilda’s.

“I feel that we have to play our own game. May the best team win,” said Dian Nur Iqqah (SHS captain).

CHIJ (Toa Payoh) feel that trust and having a proper mindset are the essentials to reclaim their crown.

“Teamwork and positivity will be key. We have to think that we can win,” remarked Ms Lee Yen Yen, a teacher of CHIJ (Toa Payoh).

“We have to trust everyone in the team, trusting that we can pass them the ball in a position where they can catch a pass,” added Seraphina (HIJ captain).

The National C Division Netball Championship final will be played at 1.30pm, on April 19, at the OCBC Arena.