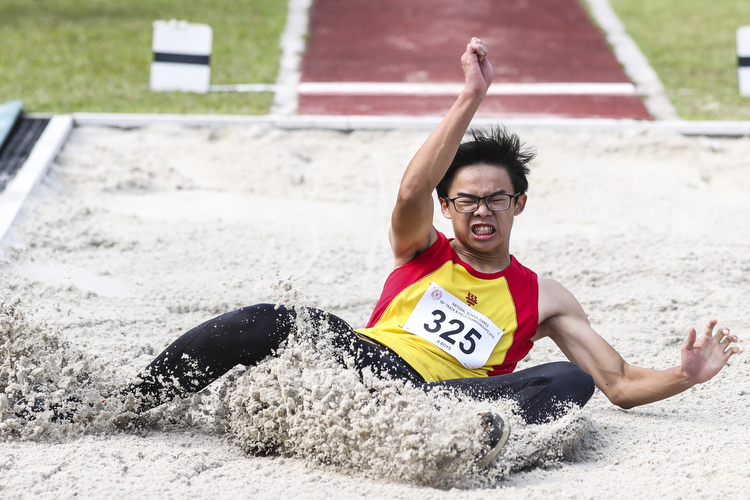 Choa Chu Kang Stadium, Tuesday, April 3, 2018 — While most athletes would have tired out, Wong Liek Zhe of Hwa Chong Institution made sure to give himself something to remember on his final attempt during the A Division boys’ long jump final at the National Schools Track and Field Championships.

The final jump distance was 6.31 metres, catapulting him to his first gold medal in the championships.

For Wong, who barely made the 6m mark during training, the win was a “really good one”, ending a two-year medal drought. When he competed in the B Division final last year, Wong’s 6.38m effort, which is his personal best, fell short of the competition and placed him just out of the medals in fourth place.

“This win means a lot to me, because the last time I won a medal was in Secondary 2, where I got second for long jump and third for triple jump,” said Wong.

“It’s a very, very good feeling and because this is my first gold medal too.”