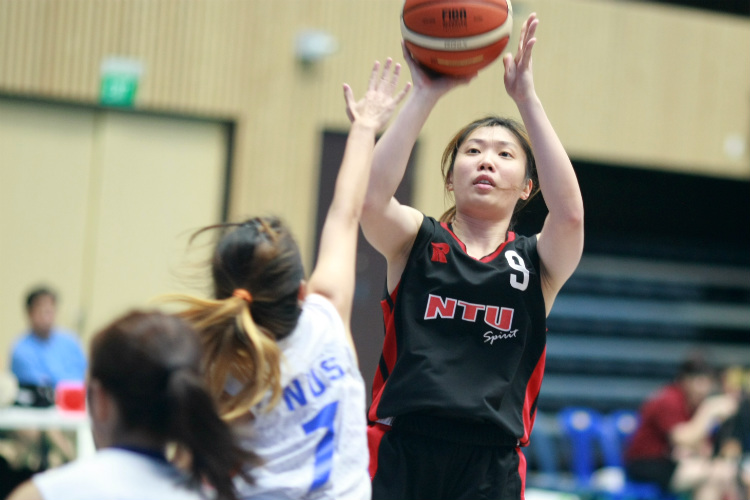 NTU finished the season with a perfect win-loss record of 6-0. Throughout the season, NTU defeated all their opponents with at least a 20-point margin.

NUS got into the final after defeating SIM in their previous game. They finished their SUniG season as first runners-up with a 4-2 win-loss record.

NTU took care of the ball and were able to get several defensive stops which they converted into baskets. However, Amelia Lee (NTU #10) got injured while going after the ball during a play. This was a blow to NTU as she was the tower in the middle who prevented easy baskets and the one who helped secure the rebounds. While Amelia (NTU #10) was inserted back into the game later on, it was clear she was not the same.

NUS capitalized on that and were able to get several offensive rebounds for second chances on the offensive end. However, NUS could not convert on these second chances, allowing NTU to establish a 20-10 lead after the first quarter.

As NUS continued to struggle with their shots, NTU steadily increased their lead. But, another blow came as Amanda Lim (NTU #9), one of the offensive forces of NTU, got called for her fourth foul a minute and a half into the third quarter and was benched to preserve her for late game situations.

The other NTU players stepped up big time on both ends of the floor. They knocked down open shots and were able to increase their defensive intensity to contain the NUS offense.

“Everybody stepped up. They put in more effort and definitely focused more on defense,” said NTU captain Shermaine See (NTU #5). “Our defense had always been our main focus. We always say that defense come first and we really played hard on defense today. Despite our offense not being smooth, our defense made up for it and we came back up. So good job everybody, everybody played their hardest and I’m proud of everyone.”

While Bernice Yeo (NUS #4) scored a game-high 16 points, her efforts to carry the team fell short.

Having qualified for the Institute-Varsity-Polytechnic (IVP) Basketball Championship, Shermaine (NTU #5) only had this to say to her teammates, “Continue to work hard and just enjoy the game of basketball.”