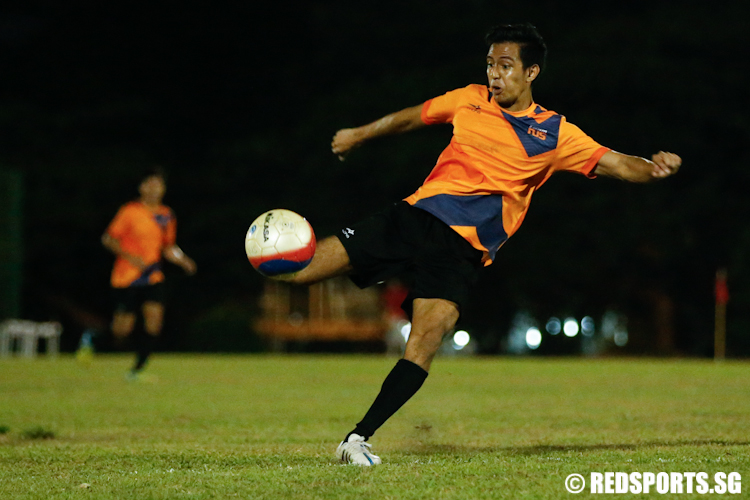 Hosts NUS got off to a fast start, culminating in their first goal by Mohammad Ammar (NUS #10) in the 33rd minute. SIT failed to equalise with any of their opportunities on goal.

Joel Chong (NUS #4) scored a second for NUS in the 77th minute, shutting the door on any possible SIT comeback.

“I think we did quite well and it’s important that we got the 3 points to start this campaign right,” said NUS team captain Muhammad Syafiq (NUS #19).

Mistakes from NUS early in the second half almost proved costly, particularly since they also squandered several chances to extend their lead.

“We got a bit thrown off because we didn’t manage to score the goals in the first half, there were many chances, but we just couldn’t convert. We got a little frustrated,” NUS captain Syafiq added.

And SIT very nearly made them pay dearly. Mohammad Akidmuzhafar (SIT #19) narrowly missed in the 50th minute when he failed to direct his shot low enough. Then striker Matthew Tan (SIT #22) fluffed a sitter 10 minutes later when he was denied by the crossbar.

“Throughout the match, we were playing with similar standards,” said SIT coach Tee Tan. “However, we had a couple of good chances that we didn’t take. We didn’t convert on the two clear chances we had in the 2nd half, the opponent made full use of their opportunities and increased their lead.”