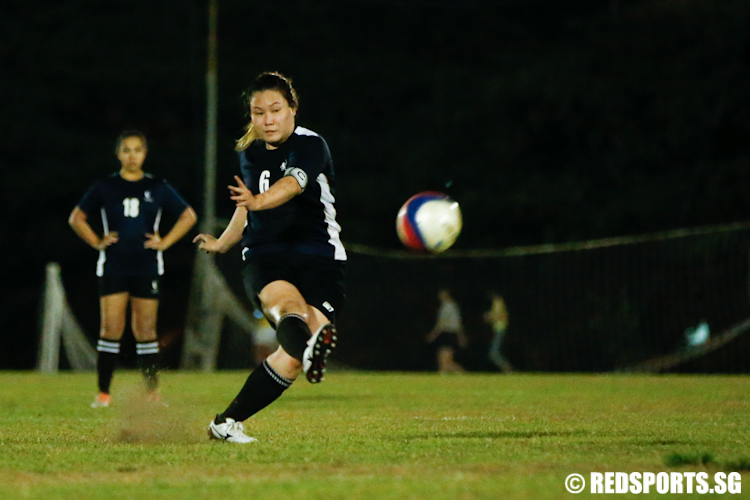 Lai Kuan (SMU #6) curled the ball into goal direct from a corner kick in the early minutes of the match for her first goal and repeated the same feat barely two minutes later to give SMU a lead that left SIT reeling. Lai Kuan could have scored a hat trick but she smacked a free kick in the closing minutes of the game against the horizontal bar.

“I think that the team put in a lot of effort, as seen from the way they fought, winning every ball and displaying the hunger to win the game. They have all worked very hard; it’s a team effort,” Lai Kuan (SMU #6) said.

Despite conceding two goals early on, SIT continued to attack. They were awarded a free kick just outside the penalty box in the 32nd minute but failed to convert.

When asked about the team’s plans for their upcoming match against NTU, Lai Kuan said, “We will go into the game with a lot of hunger. No matter the results, our objective is to give our all and play together as a team.”