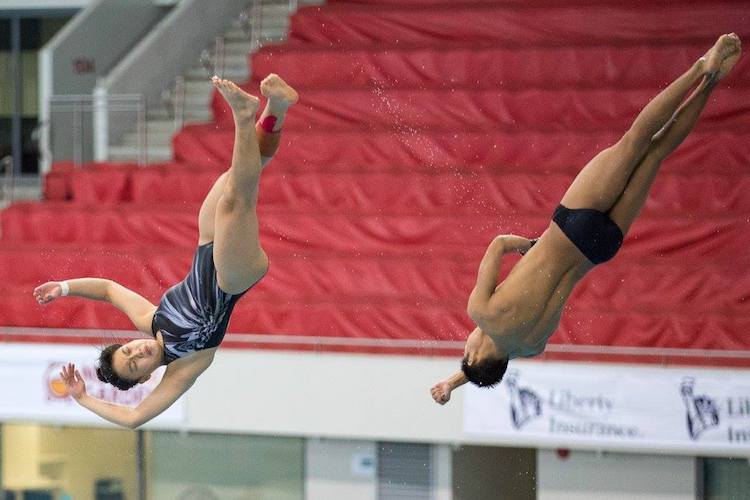 Tan beat out the gold medallist for the 1-metre Springboard event, Shaye Boddington, as well as teammate, Fong Kay Yian, to claim the top spot with a score of 230.85.

Despite having to face much more experienced competitors who had higher difficulty ratings than her, the 16-year-old Tan managed to keep a cool head and skillfully executed all her dives. Her strategy of choosing less complex dives eventually paid off as her rivals could not execute their higher-difficulty dives.

The JC 1 student at Hwa Chong Institution consistently scored 6.0s and above for all her dives, except for the fourth and her most difficult dive, a reverse 2½ somersault.

“Considering that it was my first competition back from last year, it was pretty good. This competition also sets the base for Asian Diving Cup next week because I’ve more or less reached the level of standard of each and every dive I wanted, so I’m quite happy,” said Tan.

Fong, a silver medallist at the last SEA Games, trailed Tan most of the way to eventually finish second with a score of 219.95. Nayeli Marull of New Zealand held off another three competitors to claim third place with a final score of 199.60.

Tan was back in action again on the Mixed 3-metre Springboard Synchronised event where she and her partner, Joshua Chong, overcame two other pairs of competitors, to take home the top spot with a score of 257.22.

The two teenagers, who have only dived together once previously, did well to hold off the pairs from Selangor and New Zealand who finished second and third with respective scores of 225.78 and 202.56.

“Even though it’s a bit scary and harder because I have to match my height and strength with a guy, it’s honestly more fun than an individual event. I like the synchro events and they are something I look forward to,” said Tan.

The teen, who is heading to her second SEA Games in Kuala Lumpur this August, understands that she cannot be complacent after this competition.

“I’ve got to train a lot harder, I’ve got to learn all those new dives and I think having to complete all these new dives at the games will take a lot of mental effort,” she added.

Tan, along with the rest of the Singapore national divers, is currently in Macau to compete at the Asian Diving Cup before heading to Budapest in July for the World Championships.