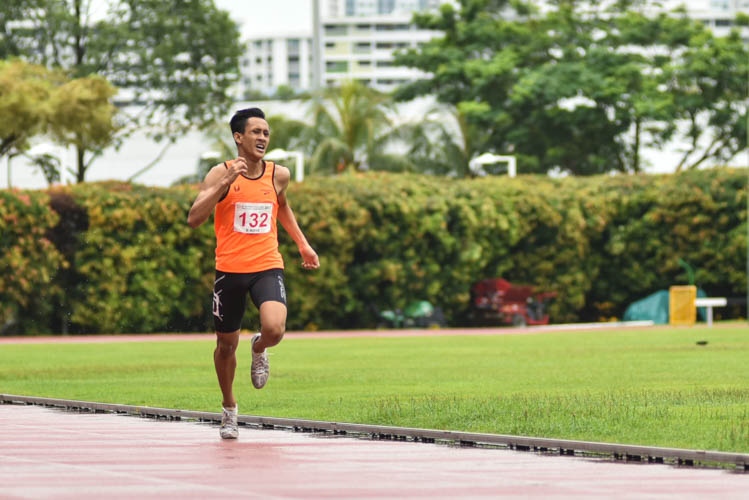 Zulkhairi improved on his personal best of 2:02.12, clocked last month at the Singapore U18/U20 Athletics Championships.

“At first I felt tired,” the Secondary Four student said. “Because it was raining (causing a delay), I was having a negative mindset at first. But my coach talked to me and urged me to have a positive mindset, and plan my race properly. So I started to plan my race, and thankfully it went well.”

Teammate Brandon Norton, the C Division champion last year, ran 2:03.24 to make it a 1-2 finish for SSP. The two boys had also finished first and second respectively when they ran in the C Division two years ago.

Zulkhairi acknowledged his friendly rivalry with teammate Brandon, who is a year younger.

“To be honest, (Brandon) is really good,” he said. “Like if I were to compare myself with him, I think he’s better than me. During training he pushes me and everything, so it’s a really good competition.”

This is Zulkhairi’s second 800m gold in the annual national schools championships, adding to his C Division victory in 2015. In the B Division final last year, he was second in 2:04.29, finishing behind a certain Thiruben Thana Rajan of National Junior College. The latter had just set a new electronically-timed championship record for the A Division boys’ 800m.

Zulkhairi said he hopes to break the two-minute barrier soon, hopefully by the Thailand Sports School Games next month.

For now, his attention turns to the B Division boys’ 1500m final, happening on April 28 at the National Stadium.