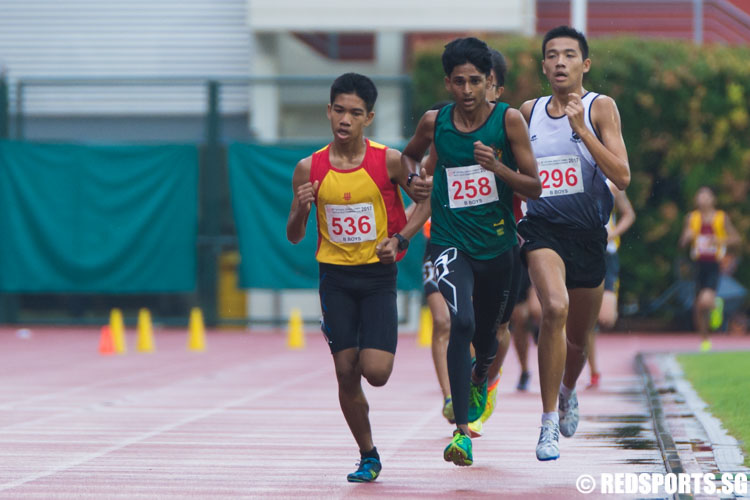 Bishan Stadium, Tuesday, April 18, 2017 — It was deja vu for Raffles Institution’s Armand Dhilawala Mohan as he stood atop the winner’s podium, with the gold medal hanging around his neck after his win in the B boys’ 3000m at the 58th National Schools Track and Field Championship.

Less than month ago, Armand had also beaten Hwa Chong Institution’s Joshua Rajendran and St Andrew’s Secondary’s Jerrell Lim into second and third, respectively, at the cross country nationals. HCI’s Ethan Yan, who finished fourth then, was also fourth this time round.

“Even though I’ve known these guys for a while now, I never know what they’re going to do,” said Armand. “I was trying to make sure I had enough to kick at the end.”

Armand eventually pulled away from the pack to finish in a personal best 9:34.95, ahead of Joshua who ran 9:40.77 after he out-sprinted Jerrell on the home straight, who clocked 9:41.28.