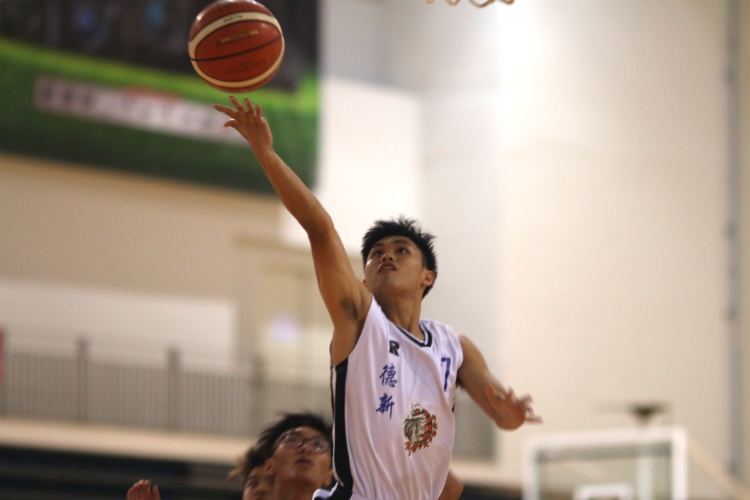 With this win, North Vista hold a 2-1 win-loss record in the second round. They will face Ahmad Ibrahim Secondary and Christ Church Secondary next. With one loss, North Vista have to win the next two to increase their chances of entering the semi-finals.

On the other hand, Edgefield have lost all their games in the second round. They look to play Catholic High and Punggol Secondary next.

North Vista started off the game slow. Shots were not falling and the players were missing easy open baskets. Despite the poor shooting performance, North Vista had a very good defensive game.

North Vista got to work without delay and set up their full court press. Their defensive intensity was high which caused Edgefield to panic. Edgefield could not break the full court press and gave up many turnovers.

However, North Vista could not capitalise as they kept missing their shots. The first quarter ended with North Vista up 7-4.

From the second quarter on, North Vista got into a rhythm. They started making their fast-break layups and open shots.

They made use of their defence to cause turnovers, capitalising on them to score and widen the lead.

Edgefield were unable to break the full court press and continue to suffer as they threw sloppy passes which got intercepted.

Captain Ye Hui (NV #7) of North Vista said, “I think we did well today in our defence. Our hustle was there, we were more willing to put our body on the line. We kept moving our hands, trying to stay active.

“It was a slow first quarter but we woke up from the second quarter. We will face Ahmad Ibrahim next and I am sure we will fight hard and play hard.”

His teammate Tiong Chuan Yao (NV #9) added, “We were a bit complacent in the first quarter but we talked about it and thought about it when our coach scolded us. This allowed us to improve in the second quarter onwards.

“We know we are going to play stronger teams in the future, so we have to get our act together. Work together to achieve more. It is a team effort. Facing Ahmad Ibrahim, it is anybody’s game. I can say we are confident but not arrogant.”