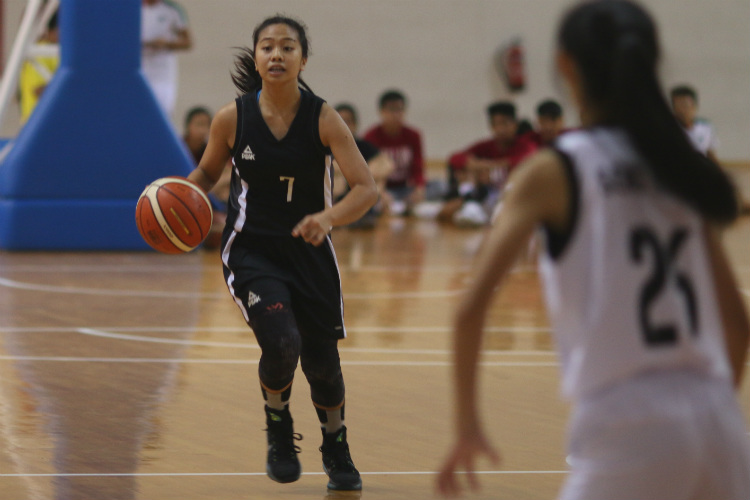 With this win, SCGS improve to a 6-0 win-loss record.

Right after the ball was tipped, SCGS wasted no time in getting to work. They got the tip and SCGS captain, Patricia Orenza (SCGS #7), made a three-pointer to start the game.

The defensive intensity of SCGS was high, giving pressure to the Seng Kang players. Not accustomed to the pressure of the SCGS defense, Seng Kang fumbled many times and gave up many turnovers.

SCGS capitalized on the turnovers and converted them into many fast-break points. Patricia (SCGS #7) was hot from beyond the arc in the first quarter and made two three-pointers.

Faced with such an overwhelming defense, Seng Kang’s battle formation was rendered useless as turnovers piled up. This led to points for SCGS which further widened the points gap. Seng Kang were not able to score due to that and the first quarter ended with SCGS up 24-0.

Patricia (SCGS #7) said, “I think we did well in our defense cos it led to a lot of fast break points of our own.

“I am also pleased with our never-give-up spirit, hustling for the ball, using each others’ strengths to win the game.

“This game definitely build up our confidence. It will be a tough fight but I am confident in my team.”