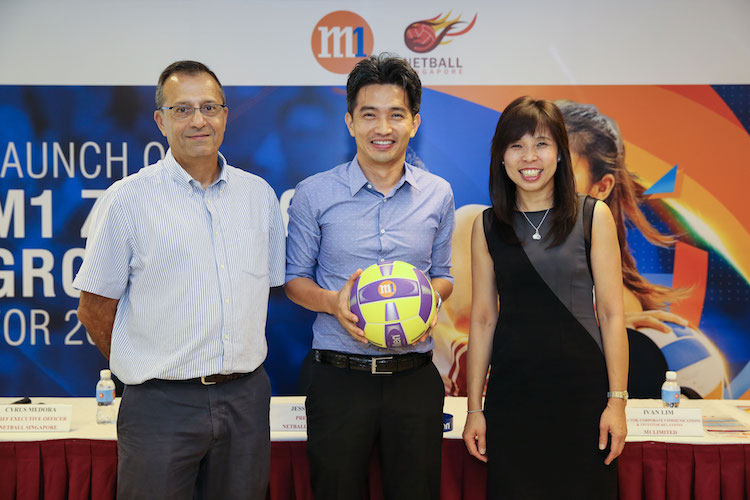 Through the M1 Zone Age Group Programme, Netball Singapore will choose 12 players from each zone for both the C (14 and Under) and B Division (17 and Under) after the end of the National Schools Championships.

These 48 players from each division will get a chance to compete in the National League, and play seven to eight games over two months under the National Age Group coaches.

In addition, the National Youth Sports Institute (NYSI) will give players court training and weekly strength and conditioning sessions.

This new scheme, with M1 as the main sponsor, will provide a larger base of players to choose from for the national teams.

After the National League ends, Netball Singapore will choose 12 players from the zone teams for the National Age Group teams (14&U and 17&U).

They will have intensive training for a four-week period before playing in a series of competitive matches against equivalent Malaysian age group teams.

Separately, Netball Singapore will form a new 19&U Tertiary squad in addition to the 19&U Schools team, to cater for polytechnic and Institute of Technical Education (ITE) student-athletes.

The 19&U Schools team will play in the ASEAN School Games, while the 19&U Tertiary team will compete in a series against the Malaysian 19&U team.

“The sponsorship of the M1 Zone Age Group Programme will help netball in Singapore progress further as it enhances the elite selection pathway. It is our aim that this will provide a good base of talents and develop better players who will in turn, be our Singapore National Players,” she added.

“The M1 Zone Age Group programme, in delivering more playing opportunities to our promising netball talent, will enable them to scale even greater heights.”