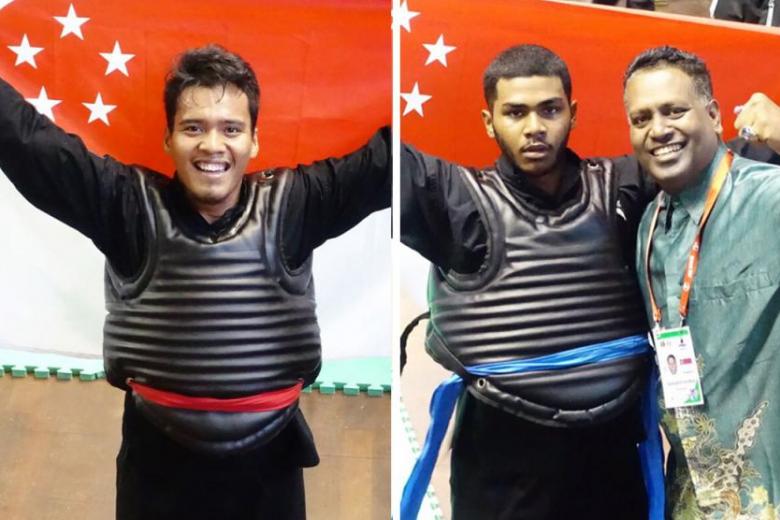 Both Singaporeans are now two-time world champions of their respective weight classes.
Farhan, who turns 20 next Friday, had triumphed in Phuket almost two years ago, while 28-year-old Shakir won the gold medal in Chiang Rai in 2012.

This is the first time since 2004 – when the world championship was hosted in Singapore – that the Republic’s silat exponents have delivered more than one gold medal at the global meet, which features 41 countries.

A jubliant Singapore Silat Federation chief executive officer Sheik Alau’ddin told The New Paper over the phone: “Farhan had no problems with his match. Shakir lost the first and second rounds – he got tossed to the mat when he attempted his first kick – but had a revival in the third round and scored enough to win the match overall.

“Overall I’m very happy because of the performance of athletes and the team behind them … Everyone has been excellent.”

With their wins, Shakir and Farhan – who is Sheik’s son – have matched the silat great for world titles which he won in 1990 and 1994.

For more sports news, go to The New Paper