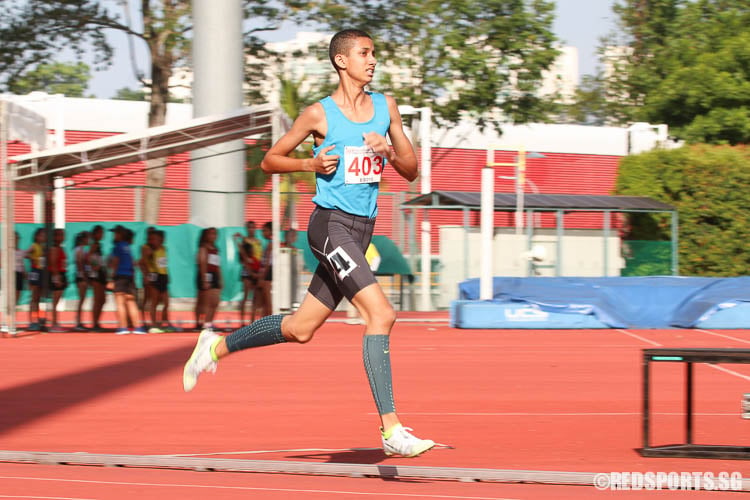 The electronically-timed championship record for this event still stands at 9:21.26, held by Chinese High School alumnus Jeffrey Ng since 2003.

Fang Yiyang of Commonwealth Secondary and Er Wen Han of Hwa Chong Institution came in second and third with timings of 9:50.79 and 9:51.38 respectively.

The final lap saw Hussein speeding up, leaving Yiyang and Wen Han to fight neck and neck for second in the last 100 metres. Hussein finished a comfortable first, while Yiyang crossed the finishing line barely a second before Wen Han.

When asked about the race, Hussein said, “It was a good race but the heat was unbearable. Due to the heat before the race, my coach told me to aim for position instead of timing. I gave my best in the race under the weather conditions.”

“I would like to thank my coaches, parents and friends for this win,” he added.

Meanwhile, Hussein will now focus on his 1500m final, which will take place on Friday, April 29 at the National Stadium.