Thinking of training for long distance running? Dr Nicholas Foo shows how to get started 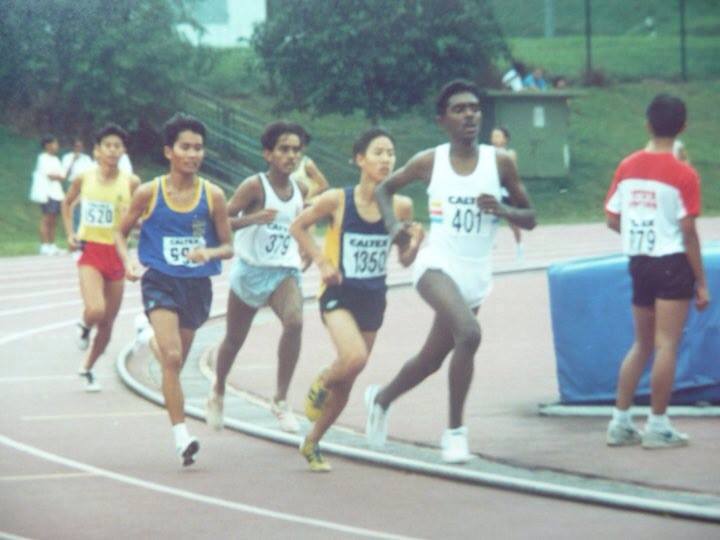 Early this year, I bumped into two old friends at a small track meet. Both of them are now coaching athletics, supervising both school kids and national athletes. We talked about how the running boom has taken off in Singapore, with one of them remarking that there seem to be more road races than the number of weekends in a year! One of them expressed concern at how some people were jumping into these events without adequate preparation and understanding, risking injury in the process.

Let me first declare that I have no coaching qualifications or credentials. However, I’m a runner myself and have had a lifelong interest in running. I’ve also asked one of my friends mentioned above to vet this piece to ensure what I put out here is sound. (Credit goes to Mr C Veeramani, especially for the section on New Interval Training).

INCREASING MILEAGE GENTLY
Jack, 40 years old, who took up running six months ago. He now runs three times a week for 30 minutes each time. He has no outstanding medical or musculoskeletal issues. He wishes to increase his mileage and frequency of running such that he will be able to take part in a 10km race. How should he go about it?

Jack must first know two things:
1. Musculoskeletal adaptations lag behind cardiovascular adaptations in running. The joints need more time than the cardiovascular system to adapt to an increase in mileage, hence the increments must be gentle.

2. To increase fitness, one long run a week is required. The length of the long run should be for a minimum of 60 minutes and should be longer if one wishes to prepare for races beyond 10km.

His 3 sessions per week should be as follows:

Jack now runs 3 times a week, for 30, 30 and 60min. He continues this schedule for another month before deciding that he now wants to run five days a week.

He can structure his five sessions as follows:

If I take his regular run of 30min as a unit of 1.0m, it can be seen that the ratio of his weekly mileage distribution will be as such:

When Jack can complete 12 km at a easy pace on his weekly long run, he can then consider signing up for a 10km race.

So far, Jack has been running at an easy pace for his runs, such that he can carry on a conversation whilst running. Let me now go deeper into the subject.

These 3 metabolic systems do not work independently. All energy systems are active during exercise, to a greater or lesser extent, with one energy system dominating, depending on the duration and intensity of exercise.

For simplicity, think of training for the respective systems as follows:
1. Short sprints of up to 10 seconds
2. Hard running
3. Easy running

Let us come back to Jack. He now runs four to five times a week, covering 30km in total, with his long run being 12km in length. He signs up for his first 10 km race and completes it comfortably and decides to sign up for yet another one.

The key to improving distance running is consistency. Jack therefore has to train in a way which is sustainable. Most of his running should be ‘easy’ (aerobic). It is also safe to do short sprints year round which improve speed and neuromuscular coordination.

At this point in his running journey, Jack has completed two 10km races at a comfortable pace. He also does sprints of 3 x 30m twice a week after his regular runs. He signs up for his third race and now wants to achieve a good timing. He needs to add on anaerobic/lactate training.

For a mid-lifer like Jack, the percentage of hard running (anaerobic) to easy running (aerobic) should be 10/90 and certainly not more than 20/80. Anaerobic/lactate training should be used judiciously; there is no need to do such training year round.

Jack can now add on some interval training for 4-6 weeks, with an additional 10 days for a taper, before race day.
His mileage is 30km/week, so he can split his mileage to include 27km of easy (aerobic) running and 3km of hard running (anaerobic), a 90/10 split.

As mentioned earlier, the anaerobic/lactate energy system actually works synergistically with the aerobic energy system. (I’ve deliberately simplified things here as the whole issue of lactate metabolism can be pretty complicated, but those who are interested can check out newintervaltraining.com.)

He should transit from the periods of faster/harder running during the repetitions to a period of easy running, for a fixed distance of between 100-400m (active roll on recovery or r/o), before transiting back to faster running again.

He should pace himself such that the periods of easy running (active roll on recovery) between the periods of harder running (repetitions) are considered part of the workout. The faster repetition sections create more lactate and the easier recovery periods train the body to use and clear lactate efficiently.

If he is doing the second workout (10 x 300m), he can used a shorter distance of 100m for r/o periods of easy running between the harder repetitions of 300m.

COLLAPSE POINT
After running for three years, with several 10 km races under his belt, Jack now wishes to do a half marathon (21.1 km). How should he proceed? He should now take note of the ‘Collapse Point’, which was a rule of thumb developed by runners in the 1970s, based on anecdotal experience, nothing scientific.

The Collapse Point is the maximum theoretical distance a runner can run before he has to slow down dramatically or stop running altogether. His training will not take him further. It is about 3 times the average daily distance he runs.

84km is the number figured in another rule of thumb – the minimum weekly distance you need to cover in order to complete a Marathon is twice the distance of a Marathon (42.195 km).

To put it simply, runners need to clock between 80km to 100km a week in training for a marathon. The Collapse Point was also used to explain why the longest training run for a marathon needed to only be up to 32km. Cumulative and consistent mileage gave runners enough strength to run the additional 10km to complete a marathon on race day.

Let us get back to Jack. When he signed up for his first 10km race, he was running 30km a week, distributed over four to five days. His average daily mileage was 4.29km. His Collapse Point would be 12.87km. Therefore 10km would have been a maximal distance for him to race.

We now understand that one can probably run much further than what the Collapse Point predicts. Neither does the Collapse Point factor in how a runner distributes his weekly mileage. However, the concept of the Collapse Point underscores the fact that consistent and cumulative mileage gives you strength. It also shows that a certain amount of mileage is required if one wishes to take part in distance races.

Following the previous principles, Jack should gradually increase his mileage till he is strong enough to handle a half marathon and then work onwards to a full marathon if he so desired.

CONCLUSION
I have covered some of the basics in this piece on running and training. In truth, I am only scratching the surface. However, the core idea is that consistent and cumulative mileage is required if one wishes to participate in long distance events.

It is also prudent to build up a base of easy running before attempting interval training. Jumping into these events without adequate preparation is risking injury. However, if you love to run and do so regularly, please be proud to call yourself a runner even if you never ever take part in a race!

Dr Nicholas Foo is a Family Physician. He started off his running life in 1989 as a 400m runner. He subsequently found his running Nirvana in the middle distance events. He recalls his schoolboy days on the track with absolute fondness. Somewhere along the way, he stopped running. His first love kept calling him, but it was truly the bulging waistline which compelled him to start running again in his 30s. He tries not to talk about running, because once he gets started he cannot stop. The best thing about running? A place can be found in the running universe for everyone who loves to run!