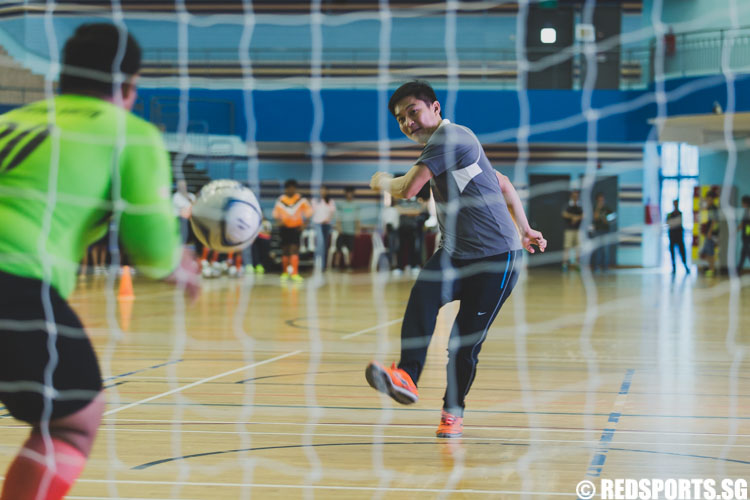 Minister for Social and Family Development and president of the Singapore National Olympic Council Tan Chuan-Jin kicks a ball to launch the festivities during the opening ceremony of the Singapore Youth Olympic Festival 2015 at Jurong East Sports Centre. (Photo 1 © Soh Jun Wei/Red Sports)

First organised by the Singapore Olympic Foundation in 2011, the festival is a fun sporting event for youth athletes aged 18 and below, and serves as a legacy of the inaugural Youth Olympic Games, which was held in Singapore in 2010.

Through the festival, the Singapore Olympic Foundation hopes to inspire and bring youth together to foster friendship through sports.

This year’s edition will be held over two weekends from July 25 through August 2 and will comprise nine sports.