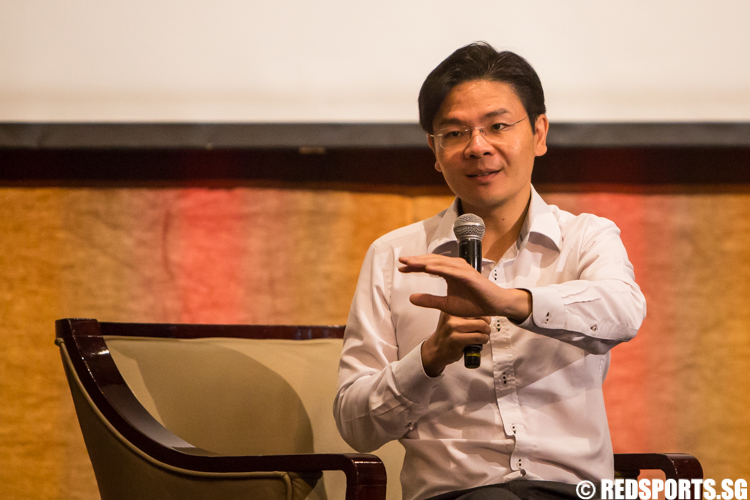 Swissôtel The Stamford, Friday, June 19, 2015 — A successful 28th Southeast Asian (SEA) Games outing was evident of Singapore’s potential in the sporting industry and Singaporeans have to come together to build on the legacy of the Games, urged Lawrence Wong, the Minister for Culture, Community and Youth, at a post-Games media briefing today.

The Republic’s contingent of 747 athletes had recently brought home a record total of 84 gold, 73 silver and 102 bronze medals from the recent Games, the highest since the 1975 Games in Thailand. Singapore also finished second on the medal standings behind Thailand.

According to Sport Singapore’s chief executive officer, Lim Teck Yin, the returns of investments in the biennial event have been “overwhelming,” garnering traction online via various digital platforms, including 575,000 likes on the official Facebook page, 64,000 followers on Twitter, 16,500 followers on Instagram, 44 million YouTube views, 3.64 million unique visitors on the official website, and 320,000 mobile application downloads.

Alongside digital outreach, various community engagement programmes, such as roadshows and modular school programmes, also saw the participation of more than 850,000 people from all walks of life.

“What is inspiring for me, and for many of us in the steering committee, is to see how the SEA Games brought many Singaporeans together as one Team Singapore, to come together, cheer for our athletes, and celebrate a very special SEA Games in our jubilee year,” said Minister Wong.

Statistics revealed that more than 500,000 spectators were in attendance at the 31 Games venues, including fans and supporters from around the region.

Acknowledging that “some things can be done better”, Minister Wong was heartened by the support from Singaporeans, including athletes, supporters and volunteers.

“We have spent two years preparing and building up a high-performance system for sports, including the Sports Excellence Scholarship and the Singapore Sports Institute, to provide more rigorous sports science and research support for our athletes,” said Minister Wong, who emphasized that the existing system should be strengthened.

While encouraging fellow Singaporeans to continue to support the growth of sports through competitive and recreational participation, Minister Wong added that the authorities will continue to provide sustainable support alongside the various national sports associations (NSA), citing a customized approach to ensure the development of each sport.