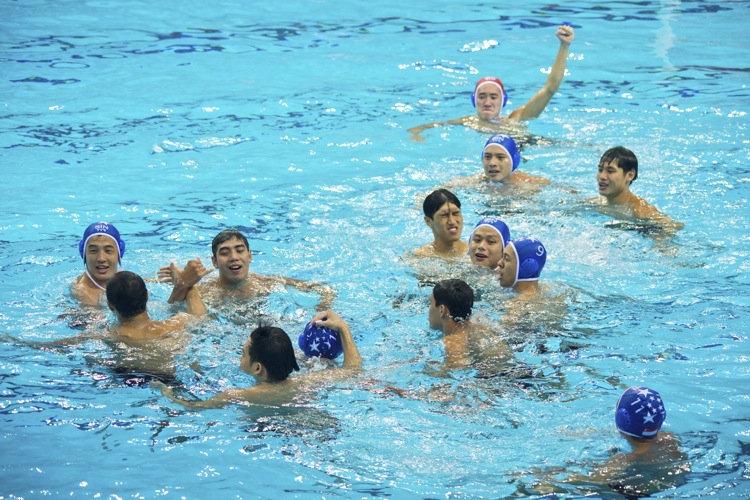 Home favourites Singapore were quick to assert their dominance with a goal by Paul Tan within the first 20 seconds, with another from Loh Zhi Zhi less than a minute later. The quarter progressed with two strong saves by goalkeeper Nigel Tay, and several attempts by the hosts, which unfortunately were not finished well. Singapore then conceded a goal, but one more goal by Yip Yang gave Singapore a 3–1 lead over Indonesia at the end of the first quarter.

Indonesia took off in the second quarter, scoring three consecutive goals in less than 40 seconds to level the score at 4–4. It also did not help that first-choice goalkeeper Nigel Tay was still recovering from a bad flu. But captain Eugene Teo managed to restore order by scoring the host’s fifth goal, putting them back in the lead 15 seconds later.

Marcus Goh then put in another goal before the Indonesians closed the gap at 6–5. With less than two minutes left for the first half, a skid-in from a shot by Loh Zhi Zhi strengthen the host’s footing, but not without another penalty that Indonesia scored to make it 7–6.

Lin Diyang of Singapore scored what must be the goal of the game in the third quarter. With Singapore holding a slim 8–7 lead, Diyang scored while his head was submerged in a tussle with his Indonesian defender. That was a start of a three-goal run that saw Singapore take a more comfortable 11–7 lead.

Yet the Indonesians came back again to keep the home crowd on the edge of their seats, scoring three goals, including one penalty, in the quarter. Singapore missed one penalty, and their lead at the end of the third quarter was 12–10.

The Indonesian resistance finally broke down in the final quarter, as Singapore kept them goalless while scoring three of their own to ice the game.

“This last game was particularly tough for me because I was actually down with very bad flu,” said five-time SEA Games gold medallist, Nigel Tay. “I was at spiking temperatures last night and I didn’t train also yesterday. Going in, I wasn’t in my top form, very lethargic, muscles not feeling very well, but I managed to hold it out for the first half and our strategy was to hand over to my substitute goalie in the second half, so that I wouldn’t tire myself out and that worked very well and it’s been an amazing win for us. By the second quarter I also started feeling very breathless, and I was struggling to gasp for air so I had to be subbed anyway.”

On Indonesia’s scoring streak, Nigel commented, “We let them have too easy passes in and defence-wise, it was quite clear that the referee wasn’t really on our side. They were trying to push for a closer goal margin so as to make the game more exciting.”

“But that being said, I think we didn’t really play the best game of our lives today,” the goalkeeper added. “But nonetheless, if not having played the best gives us a win still, it means we still have a lot more to go… a lot more potential.”

As the game progressed and emotions were running high, Singapore players rallied the crowd with gestures every time a goal was scored.

“When we’re playing at home and to Singaporeans, it just felt natural to get the crowd involved and get everyone as excited as we were and I think the crowd appreciated it. So we just kept on going,” said Nigel.

In response to the rough play in the game, the SEA games veteran replied, “They did quite a lot of dirty stuff underwater and it’s (the game) not very clean, and they got away with quite a number of exclusions which we didn’t feel were necessary.

“Nonetheless, having been through five SEA Games, I have always known SEA Games as having been like that… it’s not just seven people against us, it’s nine. So we have to really gear ourselves up and convincingly beat them, based on our speed and our technique and I think we did that today.”