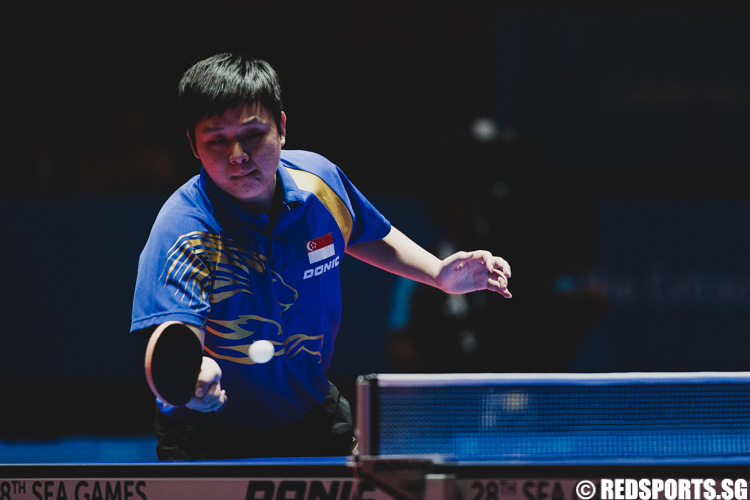 Unlike the closely fought women’s match, the Singapore men were too strong for their Vietnamese counterparts.

The night got off to a rocky start for Singapore, when Li Hu failed to beat Vietnam’s Tran Tuan Quynh and went down 1-3. After winning the third set from Tran, Li looked set to claim the fourth set when he was leading 8–3, but threw away his lead to give Tran the set and the game.

Amidst a still-strong Singapore crowd at 11pm, Singapore’s Gao Ning played Vietnam’s Tran Tuan Quynh in the last game of the night. Encouraged by the cheers from the Singapore supporters, Gao Ning easily saw off his opponent 3–1 to win the match to secure the team gold medal.

At the end of Singapore’s table tennis campaign, Singapore’s paddlers picked up six gold, three silver and one bronze medals for a total of 10.