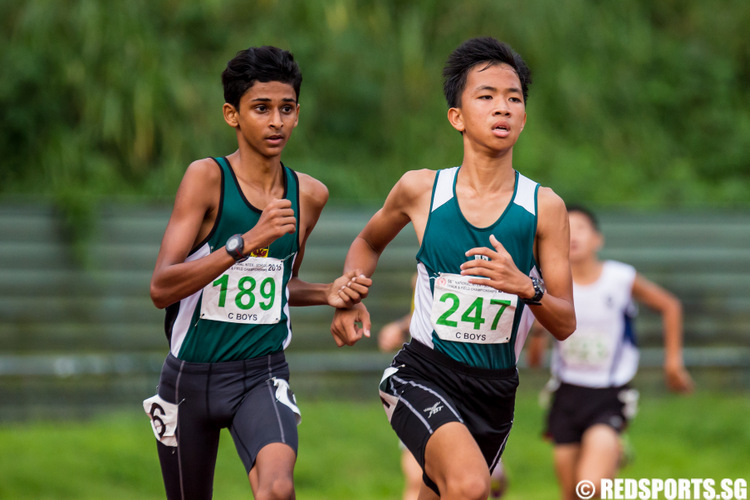 He clocked a timing of 4 minutes and 41.46 seconds, just 0.02 ahead of Armand Mohan of Raffles Institution.

Dave was engaged in a cat-and-mouse game with Armand from start to end. The two were running side-by-side until the last round where they tried to outrun each other. Eventually, Dave pipped Armand by a mere 0.02s at the finish line, forcing the latter to settle for the silver.

Utilising a last kick with 200m more to go was Samuel Lim from Anglo-Chinese School (Independent). He came in third with a 4:45.74 effort.

Dave was this year’s C Division boys’ champion at the 56th National Inter-School Cross Country Championships, while Armand took home the gold in last week’s C Division boys’ 3000m final. As a result, both of them entered this race as strong contenders.

Unfortunately, there could only be one champion. First-runner up, Armand, said, “I was neck-and-neck with Dave. It was just anyone’s game then. But he was just a bit faster than me, so credits to him for winning the race.”

Kannan Poobalan holds the meet record for the C Division boys’ 1500m. Representing Victoria School then, he set the record with a 4:21.37 effort in 1997.