National Schools Sailing: What we can learn from Raffles Institution’s sailing team 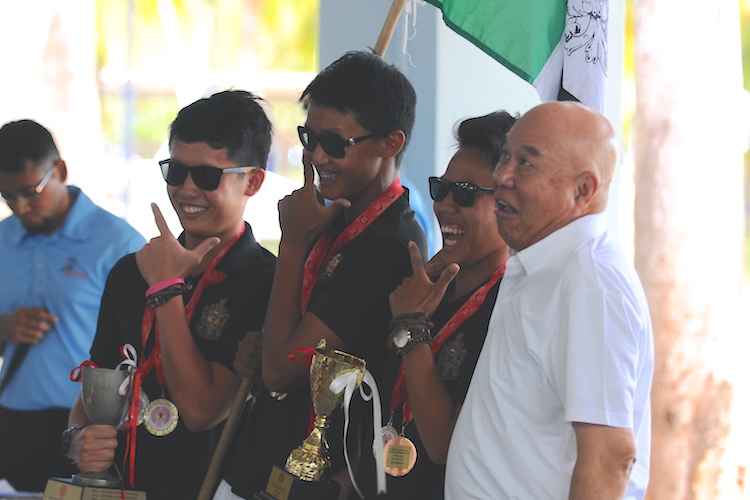 National Sailing Centre, Tuesday-Friday, April 7-10, 2015 — Sailors representing their schools took part in the Junior, Senior, C, B and A Division boys’ and girls’ categories in the National Inter-School Sailing Championships.

Similarly, Raffles Girls’ School (RGS) performed well in the regatta, and brought home the B and C Division girls’ titles, which were clinched by Nanyang Girls’ High (NYGH) and Tanjong Katong Girls’ School (TKGS) respectively in 2014.

What gives Rafflesian sailors an edge over the rest? What enables them to outshine their competitors on the race course? To uncover the winning secrets of the Rafflesian sailing team, we speak to Elliot Chong, captain of RI’s sailing team.

Red Sports: What attitude did you and your team have, going into the competition?
Elliot: This year, we knew that we had the advantage over the other schools. We had a larger team, and our sailors are more experienced. However, our coach emphasized a lot on respecting our opponents and taking the competition seriously.

Red Sports: Given the large pool of sailing talent in your team, how did you manage your team, in terms of preventing jealousy and internal strife?
Elliot: There would be a lot of competition within our own team, since our sailors would be competing for the individual top rankings. We got the team to sit down together, and we all agreed that we would do our best, and not let the results affect our friendships and team spirit.

Red Sports: Can you share with us some of the factors which contributed to RI’s dominance in this regatta?
Elliot: Our sailors really love the sport and are dedicated to it. Most of us started sailing in primary school and have sailed ever since. Many of us train up to five times a week, and go abroad to represent Singapore in competitions for weeks on end. We have literally given our lives to this sport, driven on by our passion for it and our desire to continuously outdo ourselves.

Also, we trained so hard for this competition and we cherish the opportunity to fight and bring glory to the school. School spirit is strong and when we fight together, we become a force to be reckoned with. The feeling you get when you know you did your best for your team and school is just magical.

Red Sports: What were some of the obstacles you and your team met along the pursuit for the gold?
Elliot: For the first time ever, due to budget cuts, we were unable to purchase the equipment necessary to refurbish our boats. As such, we were forced to salvage spare parts such as old tyres from scrap heaps. Preparing the equipment took much longer than usual, and we had to apply resourcefulness and tact in assigning boats to our sailors. 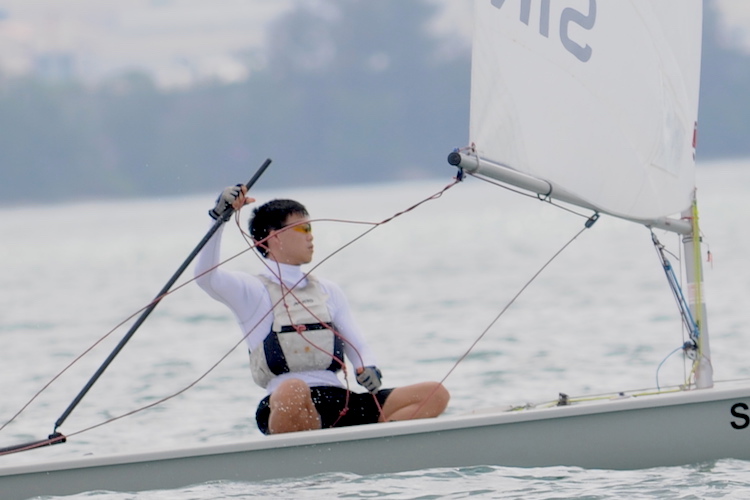 Elliot Chong, captain of RI’s sailing team, trimming his sail while on the downwind leg. He finished ninth with 30 points in the Laser Standard fleet. (Photo 2 © Benedict Teo/Red Sports) 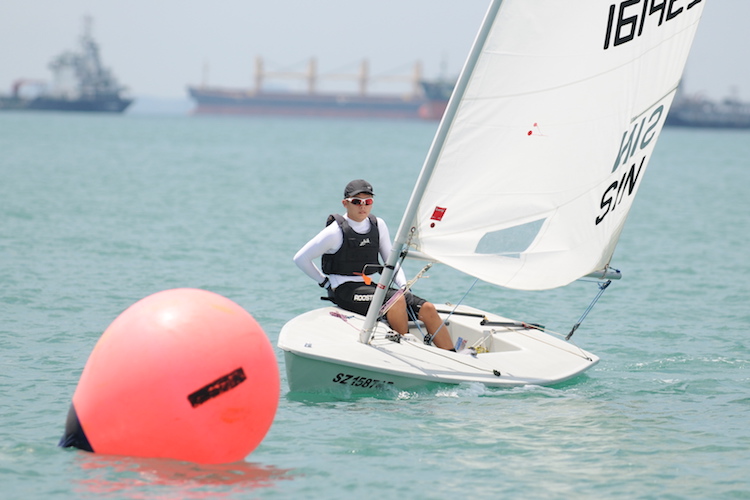 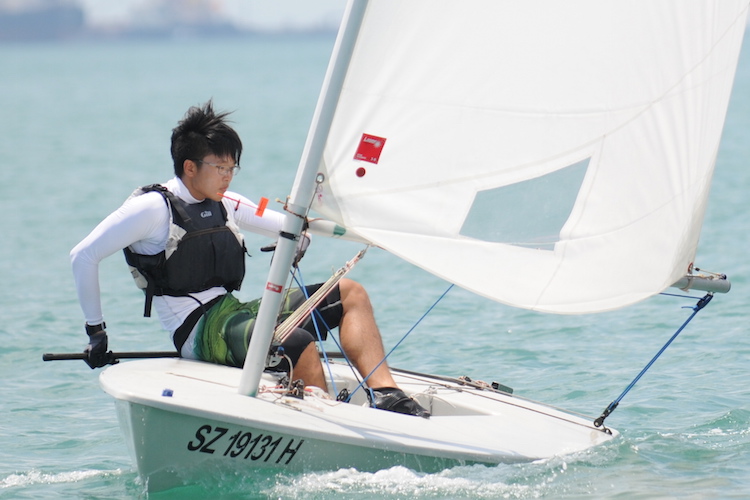 RI’s Jeriel Tan completes a tack from port to starboard while sailing towards Mark 3. He finished eighth with 27 points in the Laser Standard fleet (Photo 4 © Benedict Teo/Red Sports) 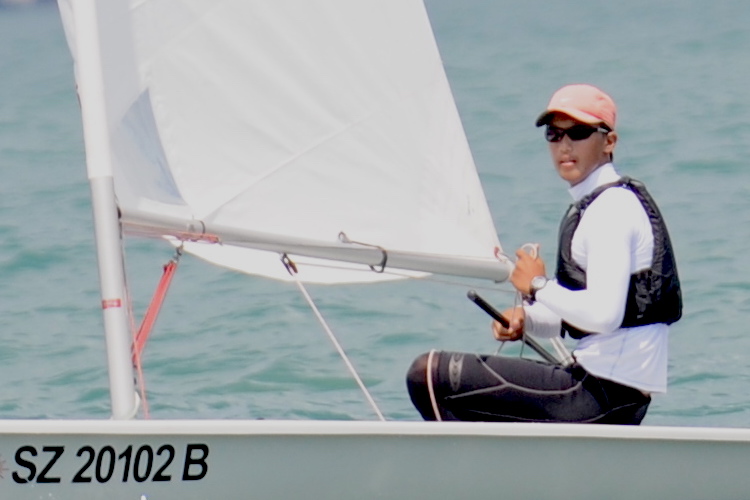