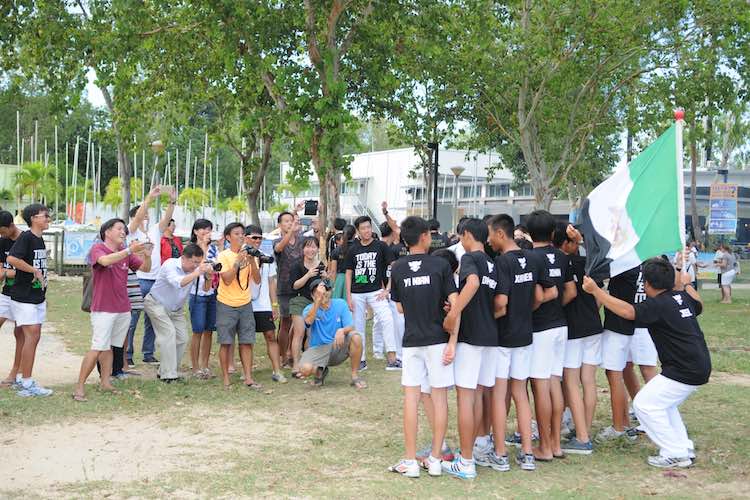 RI’s C Division team basking in the glory of their gold medal achievement. They manged to reclaim the title from VS, after VS upset their six-year winning streak in 2014. (Photo © Benedict Teo/Red Sports)

National Sailing Centre, Friday, April 10, 2015 — On the fourth and final day of racing, Raffles Institution (RI) clinched the B Division boys’ title at the National Inter-School Sailing Championships. This completed their grand slam after bagging the A and C Division titles on Wednesday. RI performed well and managed to outclass their opponents, Anglo-Chinese School (Independent) and Victoria School.

The B Division boys and girls, Junior Division (Primary) boys and girls, and the A Division girls battled their hearts out in their last race today. They were dealt with weather conditions which were similar to the past few days, which allowed sailors to easily predict and manipulate the wind and water.