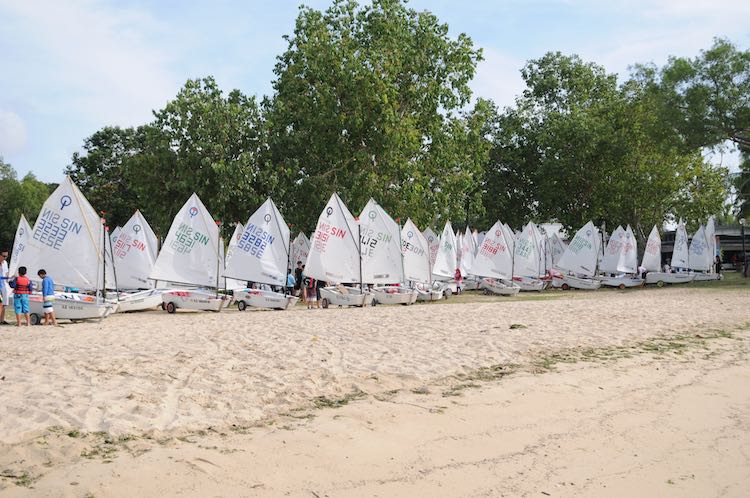 Today, the sailors enjoyed stronger winds with gusts ranging up to 11 knots, and a strong downwind current which subsided as the day progressed. There was fine weather for racing throughout the day, with the exception of the passing rain cloud, which failed to dampen the spirits of the sailors and the race officials.

In the B Division girls’ category, the Rafflesian sailors outclassed their competitors and finished their first day of racing with stellar results. Currently, Raffles Girls’ School are sitting on the gold medal position with some leeway to spare. The Rafflesian girls are holding on to the first, second, third, and fourth positions in the fleet.

However, in the B Division boys’ category, it was not such a one-sided affair. Predicted to be a Mexican standoff, the strong competition between Anglo-Chinese School (Independent), Raffles Institution, and Victoria School produced highly exciting races and an electric atmosphere which wowed the crowd. Currently, Raffles Institution holds a slight lead over the other two contenders.

Tomorrow will be the fourth and final day of racing for the National Inter-School Sailing Championships, and the winning schools of each division will be crowned at the award ceremony.