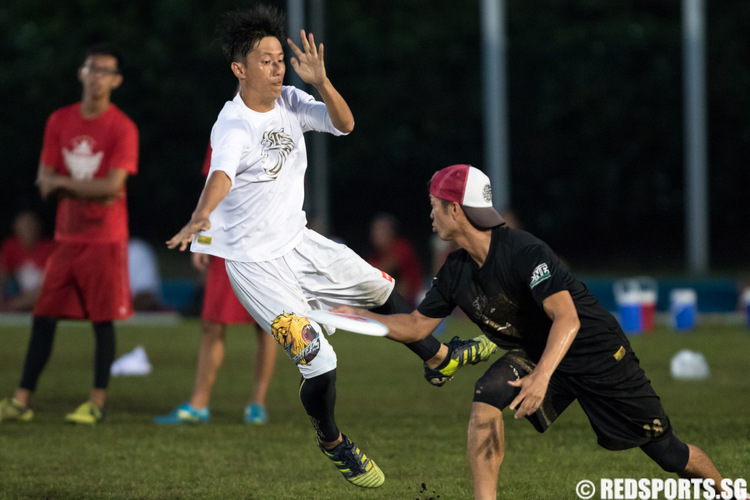 “We were aiming for the top three and we know we can do it,” said SIM captain Demetrius.

SIM had earlier met SMU in first round, where SIM won the game with one break point at 7–5.

SIM finished as the second-seeded team while SMU finished fourth-seeded after the first round. In the second round, SIM defeated Ngee Ann Polytechnic (NP) 11–5 while SMU edged Nanyang Technological University (NTU) 11–10.

In the semi-finals, SIM went down 8–13 to National University of Singapore while the Singapore University Games (SUniG) champions went down 7–13 to Polytechnic-Institute of Technical Education (POL-ITE) Games champions Nanyang Polytechnic (NYP) 7–13.

Both teams started the game with an easy point each. That was the only easy point that SMU gained. SIM stepped up their defence and forced several SMU turnovers. SIM went on to a 5–2 run to lead 6–3.

SMU made some adjustments to their offence, pulling two good hucks to keep themselves in the game. However, SMU’s defence could not achieve any break point. SIM eventually wrapped up the game 9–5 to take the bronze medal.

“The team’s performance has gone way above expectation (over this weekend). We were in great mental state when we went into each game. Well done, team! However, we should not be settling for third. There is more to come (for the team),” commented the SIM second year student, Demetrius.