School Sports Day should be for all students, says NMP Ben Tan

Editor’s note: the following speech was delivered by Dr Benedict Tan, a Nominated Member of Parliament (NMP), during a sitting of Parliament on Friday, March 6, 2015. The speech is posted with his permission. 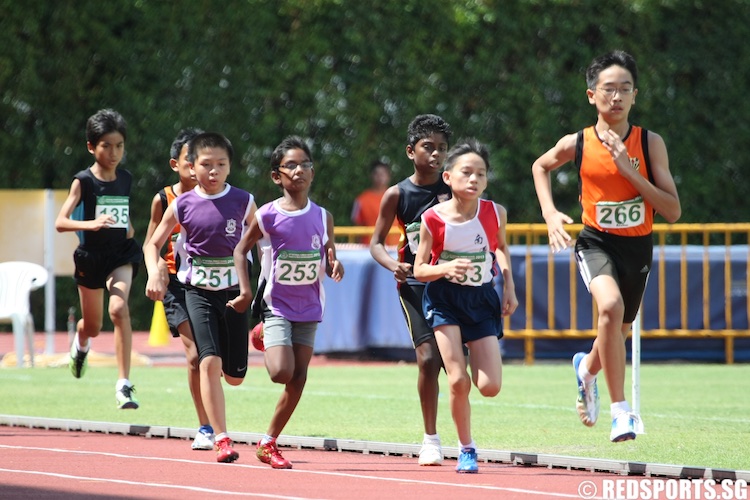 An inter-primary school track and field race in 2013. Only the best school-athletes get to take part. (Photo © Leslie Tan)

Madam Speaker, following my speech in Parliament on 19 January this year, where I identified 10 worrying trends in Singapore’s sports participation, many parents and students approached me to personally provide even more evidence of such trends. In particular, they affirmed that their schools are too focused on winning medals and that there are not enough opportunities to learn sports in the local school system. They are particularly unhappy at being rejected by the school team, especially at primary school level. And when they pursue the sport on their own outside the school, their participation is not recognized.

This all-or-none scenario, whereby you are either good enough to make the school team, or you are completely shut out, exists during sports day as well. If you are not good enough to represent your house, then you cannot compete during sports day. Instead, you get “arrowed” to attend as a spectator. And these are not the enthusiastic fans like what you see in Brazilian stadiums – both students and teachers tell me that they are mostly reluctant participants. With such negative experiences, is it a wonder why many of our young develop an aversion to sports and physical activity?

Instead of having only a small proportion of the school population competing in track and field events during sports day, while the majority sits and watch, why not engage the whole population by transforming sports day into a sports festival? During the sports festival, we can give students opportunities to try their hand at the various sports and games. If a child takes a liking to a particular sport during such a try-out, the school can link up with external providers such as ActiveSG and various community centre groups, to deepen his or her interest in the sport. And this out-of-school activity should be recognized as a CCA, even if it is at a recreational level.

Yes, MOE has explained that the PE curriculum rotates students through various sports. But we know that given the limited time for PE and the time taken up just preparing for NAPFA, such exposure is too superficial to get the student hooked onto a lifetime of active living. Let us give our young, especially those in primary schools, a positive sporting experience and a positive start by reviewing the format of their sports day.

Madam Speaker, let me conclude by commending the Minister and his team for their insight and pioneering work in transforming our education system.

Earlier this year, Dr Ben Tan gave a speech in the Singapore Parliament which resonated with a lot of people. You can read it here.