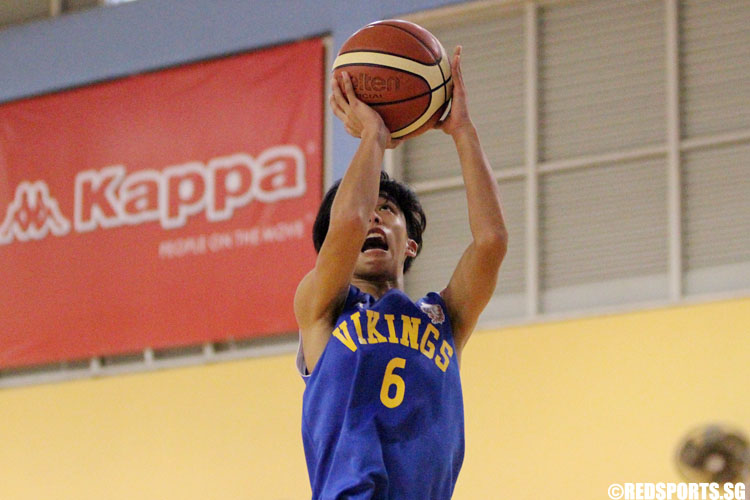 Catholic High previously belonged to the South Zone, and were transferred to the North Zone after a reshuffling of schools.

North Vista came rushing out in the first quarter to take an early lead and did not look back from then on. The score was tied at four apiece before North Vista went on an 11–3 run to finish the first quarter, thanks to the hustle North Vista displayed with their full court defensive press which allowed them to get steals, interceptions and fast breaks.

North Vista were not complacent as they continued to apply pressure and extend their lead. By the end of the third quarter, they had extended their lead to 34 points.

In the fourth quarter, Catholic High tried to counter North Vista’s defensive press by doing likewise. This caught North Vista off-guard as the players could not react to the pressure, causing them to lose a few possessions while bringing the ball up the court. The quarter saw Catholic High spring back to life with the confidence gained after converting several fast break attempts.

Even after a great showing and matching North Vista point for point in the final quarter, it did not do much to the eventual outcome of the match. North Vista won 73–39, booking their spot in the final for the fifth consecutive year.

They will face Ahmad Ibrahim Secondary in the final after the latter beat Edgefield Secondary 77–54 in the other semi-final match. It will be a rematch of the second round game which saw Ahmad Ibrahim beat North Vista by a mere five points.

When asked about their tactics when facing Ahmad Ibrahim, the North Vista boys said it was a secret.