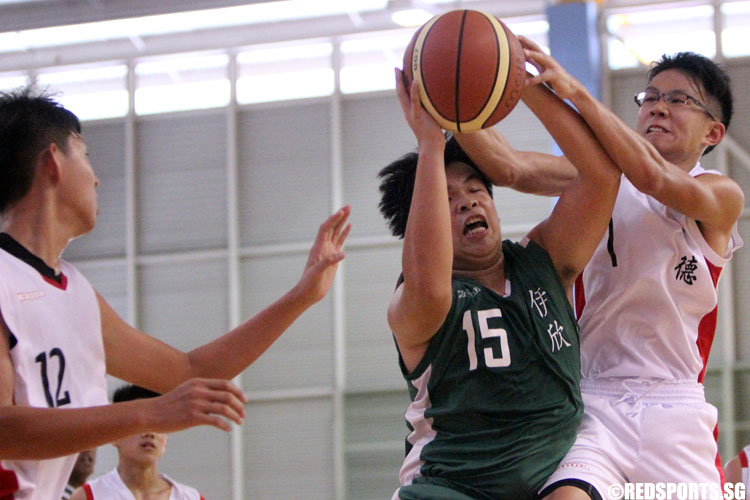 Ahmad Ibrahim came out in the first quarter showing their dominance in the paint through key player Lakksman Ganapathy (#13), who scored the first six points for his team. Ahmad Ibrahim opened up an eight-point (14–6) lead halfway into the quarter. But Edgefield were not backing down as they managed to mount a 6–0 run to make it a two-point game. However, Ahmad Ibrahim quickly extended their lead to seven (19–12) lead at the end of the quarter.

In the second quarter, Lakksman (#13) picked up his third foul in the early part of the quarter. As such, he was sent to the bench for most of the quarter to preserve him for the last two quarters. Edgefield took this chance to capitalise on the lack of physical presence in the paint, as they drove more often into the paint to get better looks for their shots. Though Edgefield’s shots were dropping, Ahmad Ibrahim were never far behind, matching Edgefield point for point in the quarter. Edgefield only managed to reduce the lead by a point at the end of the half to trail 27–33.

From the third quarter onwards, Ahmad Ibrahim showed why they were the better team in this match as they continued to extend their lead and prevented Edgefield from making a comeback. By the end of the third quarter, they had opened up an 11-point lead over Edgefield. Ahmad Ibrahim did not let up the pressure in the fourth quarter, as they extended their lead to 20 points within the first four minutes.

Ahmad Ibrahim eventually won the match 77–54, securing their place in the final and will face North Vista in a rematch of their second round encounter. The previous matchup saw Ahmad Ibrahim beat North Vista by five points.

Ahmad Ibrahim captain Wong Chee Kian (#15) said, “It would be a 50-50 chance against North Vista for the finals. Anybody could take home the championship, but I think we have a good chance.”

Ahmad Ibrahim and North Vista will play the final on March 2, 1 p.m. Edgefield will play Catholic High in the 3rd/4th playoff match on February 27, 1 p.m. Both games will be played at the Singapore Basketball Centre.

We were unable to get the complete roster for Edgefield Secondary. If you know the name of (#6), please let us know through the comments below.