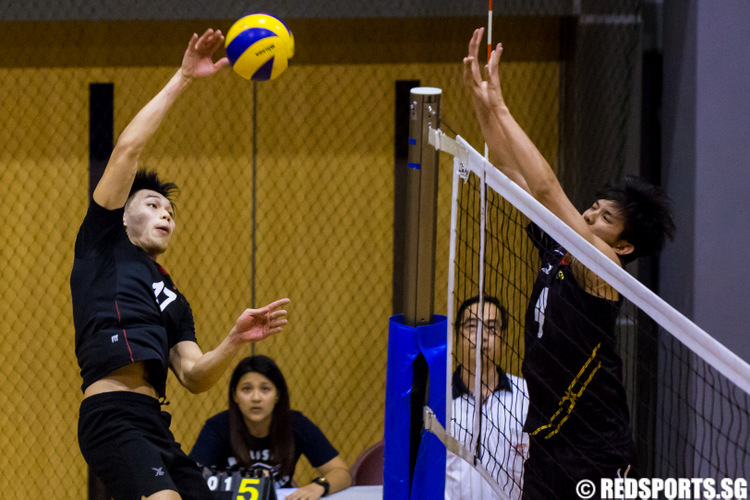 TP took an early 9–5 lead, but SIM scored four quick points to break even. Midway through the set, unforced errors allowed TP to reclaim the lead, but two straight roofs and a Javier Poon (#3) spike sparked SIM to a first set win.

The second and third sets were similar to the first, but poor execution during clutch moments cost SIM the sets.

In the closing set, the defence of Kinsley Tay (#2) and Lim Yi Kai (#17) propelled TP to an early 9–4 lead, but Jansen Chew’s (#17) heroics sparked a 7–1 SIM run to give SIM a one-point lead. Both teams exchanged points but SIM pulled away each time.

A time-out with the game tied at 24 proved to be the turning point, as TP eventually closed out the victory with two successive points, completing a flawless season.

“Before the game, I told the team to bring their ‘A’ game, to give a perfect effort and never look back, and that brought us here today,” said Justin Kweh (#6).

The TP captain added, “We had a lot of struggles this season because a few of our key players are dealing with injuries. Volleyball is a team game, so at the end of the day, all of us remained mentally strong and we fought hard for every win as a team.”

In the 3rd/4th playoff match, two quick mistakes cost National University of Singapore (NUS) a first set win, but they went on to dominate the next three sets to clinch a 3–1 victory over Singapore Polytechnic (SP).