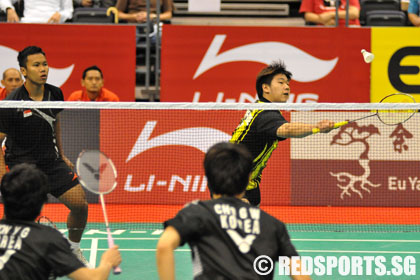 Singapore Indoor Stadium, Thursday, June 17, 2010 — It proved to be a day of mixed fortunes for Singapore in the second round of the Singapore Badminton Open. The Republic’s men’s doubles pair and women’s doubles pair made it to the quarter finals but the three mixed doubles pairs regrettably bowed out of the tournament.

In the same vein, Vanessa Neo’s partnership with Hendri Kurniawan Saputra also failed to reap the desired results, as the pair succumbed to a 21-16, 21-17 defeat by Indonesia’s Hendra Aprida Gunawan / Vita Marissa.

The match between Singapore’s Chayut Triyachart / Yao Lei and England’s Robert Blair / Gabrielle White proved to be a much tighter affair. The Singaporean pair managed to bag the first set with a score of 21-16. However, their resistance eventually crumbled as they went on to concede the next two sets 16-21, 9-21 to their English counterparts.

Both sets of the match started out in quite the same fashion, with the Singapore shuttlers drawing first blood and the Koreans consequently piling on the pressure. However, the latter’s utmost efforts were not enough to derail the Singaporean pair, who eventually cruised to a well-deserved victory.

When questioned about their performance today, Chayut said: “We both played well … this is probably our best performance as a pair so far. The win was unexpected as our opponents beat the top seed [yesterday]. As underdogs, we had less pressure.”

As for their targets for the competition, Chayut humbly declared that they “will just try [their] best”.

Both sides were neck-and-neck for most of the match, and the Singaporean pair only managed to pull away at the end of each set to seal their place in the quarter-finals of the tournament.

“We took [the match] step by step and played our own game. We were definitely more aggressive today,” Yao Lei commented after the match. “We hope to make it [at least] to the semi-finals of the tournament.” 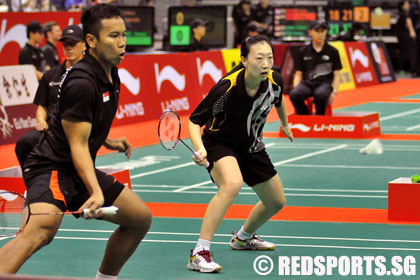 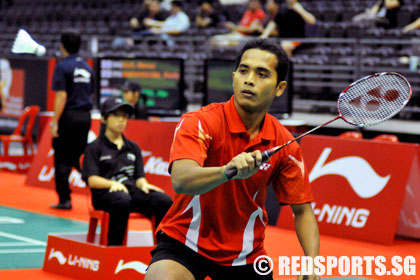 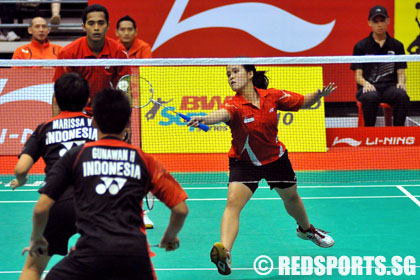 The mixed doubles pairing of Vanessa Neo and Hendri Saputra fail to advance to the quarter-finals after the loss to Indonesia’s 3rd seed Hendra Aprida Gunawan and Vita Marissa. (Photo 4 © Vanessa Lim/Red Sports) 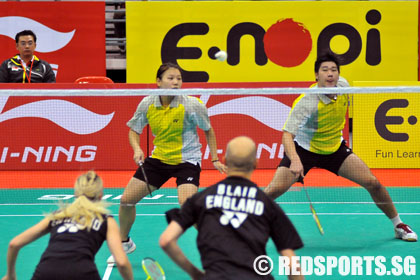 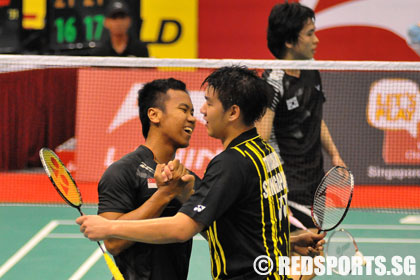