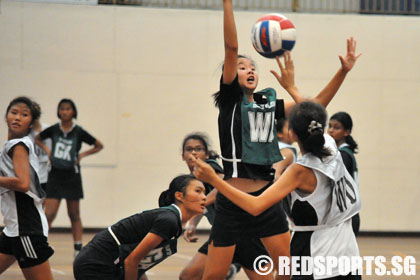 It was a high-octane match, fuelled by a traditionally intense rivalry, massive expectations and plenty of vocal crowd support. Both teams went on the assault from the first whistle, displaying confident, seamless passing and determined attempts to intercept the ball.

RGS drew first blood by opening the scoring with two goals but the first quarter eventually ended 6-5 in CHIJ’s favour.

RGS duly responded in the second quarter, scoring four goals in quick succession to pull away from their opponents. Their quick, lethal counterattacks proved to be CHIJ’s undoing, and they closed the second quarter of the game with a lead of 14-10.

Despite their goal deficit, CHIJ bravely fought on, piling the pressure relentlessly onto their opponents. Their efforts paid off, as they eventually whittled down RGS’ lead to three goals by the end of the third quarter.

The atmosphere during the last quarter of the match rose to fever pitch, as the highly-strung crowd grew increasingly vocal and the players, even more tenacious. CHIJ desperately tried to claw back, but to no avail. With each team chalking up four more goals apiece, the game concluded with a final score of 24-21, giving the team in black and green bragging rights to the title of C Division South Zone Netball Champions.

A visibly pleased Miss Nora Kamsir, the teacher-in-charge of the RGS netball team, said, “It was an exciting match as CHIJ is a very strong team. My girls played their usual game, despite being rather nervous. I’m very proud as this is actually a very young team, featuring many Secondary 1s who lack experience. Overall, I think that the match proved to be a great experience for them.” 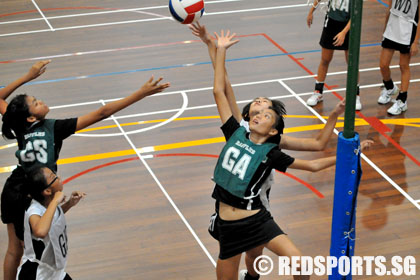 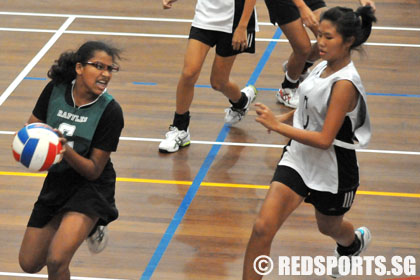 Raffles C looking to pass the ball before it is intercepted. (Photo 3 © Vanessa Lim/Red Sports) 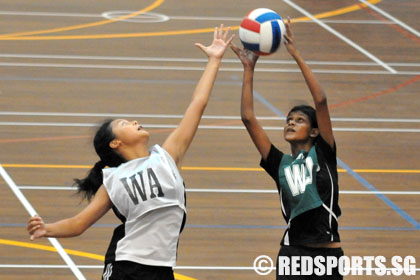 CHIJ fails to knock the ball away from the Raffles player. (Photo 4 © Vanessa Lim/Red Sports) 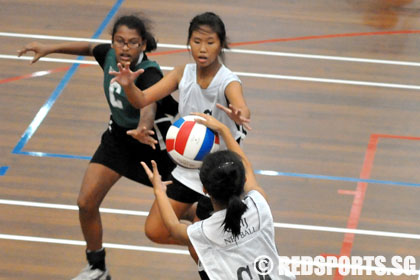 CHIJ GK hands off the ball to a team mate as the Raffles C reaches over to try and intercept. (Photo 5 © Vanessa Lim/Red Sports) 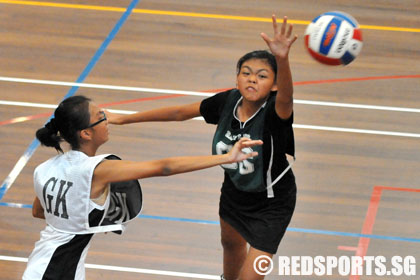 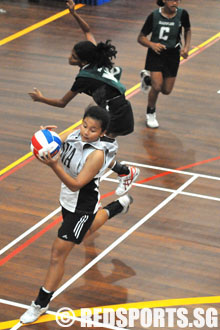 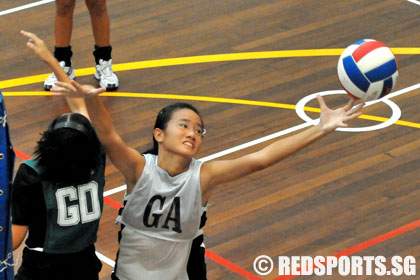 The CHIJ GA has the last touch on the ball before it goes out to yield possession to Raffles. (Photo 8 © Vanessa Lim/Red Sports) 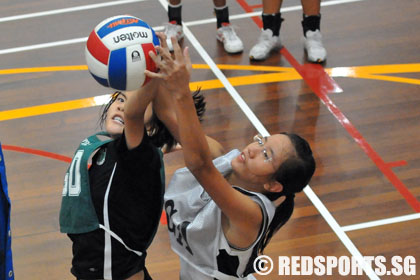 The Raffles GD and the CHIJ GA contest for the ball. (Photo 9 © Vanessa Lim/Red Sports) 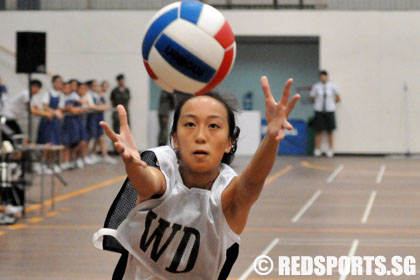 The CHIJ WD reaching out to catch the ball. (Photo 10 © Vanessa Lim/Red Sports)

Editor’s note: If you recognise yourself or your team mates in any of the photos, please feel free to leave the names behind and we will update accordingly. Thanks!