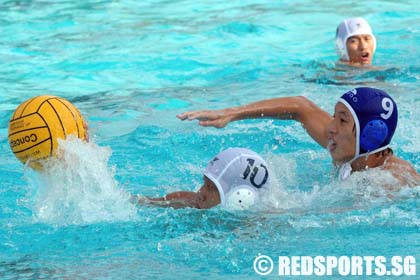 Both teams came into the final undefeated to set up a repeat of last year's final. NUS easily beat 13-11 Nanyang Polytechnic in the semi-final while NP had to work hard for their spot in the final, edging Nanyang Technological University (NTU) 11-10.

NUS piled the pressure on early on their younger and faster polytechnic opponents and were duly rewarded when Matthew Chew opened the scoring at 3.12.

NUS continued to push for more but it was not until close to the end of the first quarter that they doubled their lead. With Jason Tan committing an exclusion foul, NUS patiently worked the ball around NP's defense before Bryon Teo finished from close range.

Not a team to go down easily, NP pulled one back eight seconds before the end of the period through Thadeus Tock, ending the quarter just one goal behind at 2-1.

Lin Diyan had been a driving force for NUS throughout the tournament with his physical presence in the front of goal, causing all sorts of trouble for defenders and goal keepers. It was no different in this match, especially in the second quarter as NUS dominated. Foo Chuan Yu had the unpleasant task of keeping him quiet, but he soon chalked up two major fouls within the first two quarters as Diyan had his way with him, scoring two in the second quarter.

Marcus Goh and Ben Cai also got on the score sheet, scoring two each while captain Bryon also got his second of the match for NUS.

NP, in contrast, struggled to find a way through NUS' disciplined defense in the second quarter. Pushing men forward, NP left spaces at the back for NUS to exploit to gain a 9-1 lead at the half-time break.

The match was effectively over as a spectacle as Diyan grabbed his third goal of the match off a feed from Ben Cai to make it 10-1 for NUS. Although Jason Tan and Foo Chuan Yu reduced the deficit, Marcus Goh also got his third goal for NUS just before the end of the third, giving NUS a massive lead at 11-3.

With the game pretty much in the bag, NUS sat on their lead in the fourth quarter. NP pull one back through Thadeus Tock, but Jiale added another two to extend the lead before Mark Zhang scored the last goal of the tournament to seal the 14-4 win and the title for NUS.

"They are a very fit team and if they kept up the intensity of their game for the full four quarters, we would have tired out," reflected NUS captain Bryon Teo, with a beam on his face. "We wanted the psychological advantage over them in the first quarter which we managed to achieve. From the second quarter, we saw the fruits of our labour as they began to commit mistakes."

“NUS, I guess they are more experienced. They changed their play, and it was very hard to cope with their ever changing style, so we couldn’t adapt immediately,” NP captain Jason Tan reflected after the match, agreeing that they gave the game away in the second quarter.

“I guess we could hold them actually, it would have been a closer match if we kept a more defensive side and a good defense is the best offence, I guess we fell short of that. We focused a lot on attack but we didn’t convert. I would say their goalie is very good, he saved a lot and it was very demoralising but overall I think we won’t lose hope and will train harder for next year.” 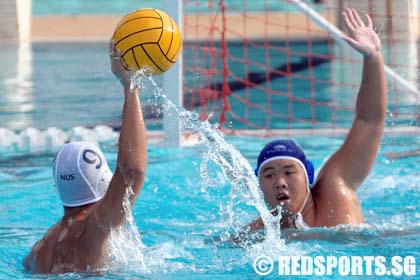 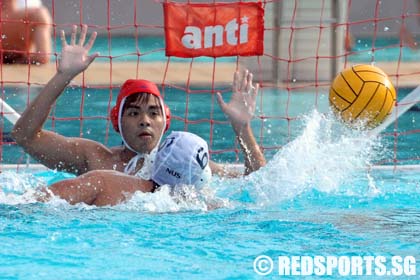 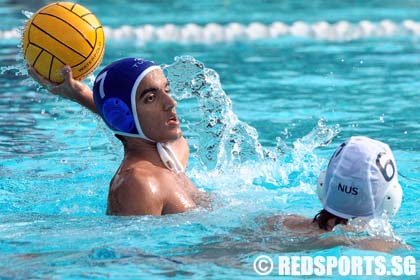 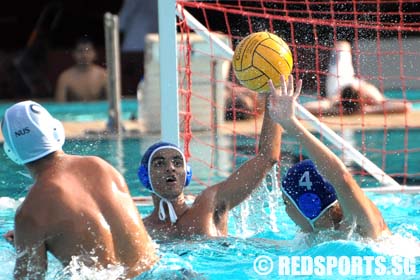 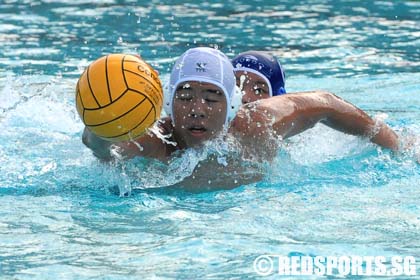 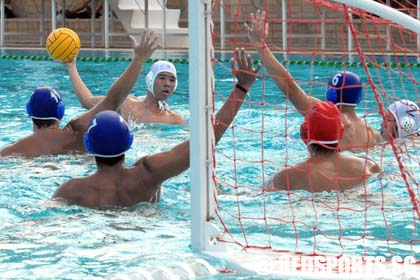 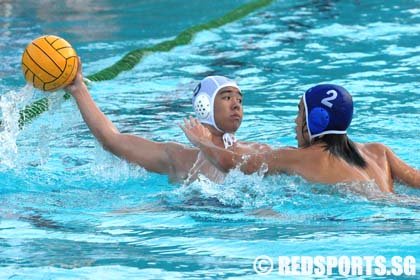 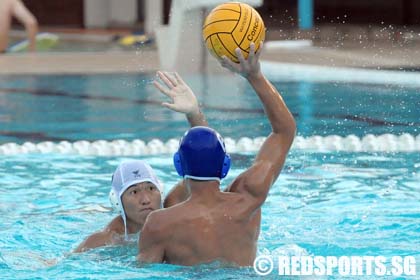 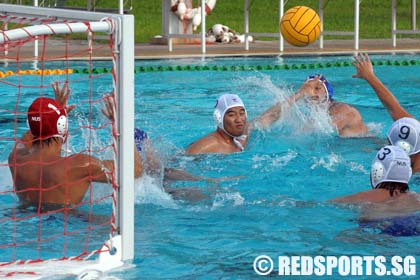 NP scored with 8 seconds left on the clock of the first quarter but were still a goal down. (Photo 10 © Vanessa Lim/Red Sports) 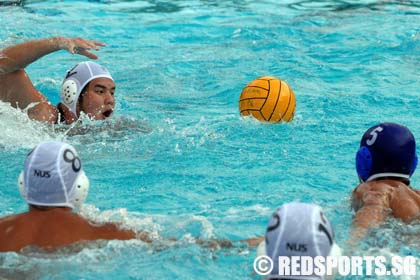 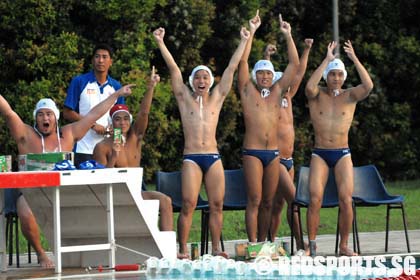 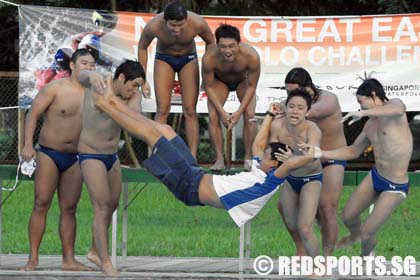 The NUS players throw their coach into the pool. (Photo 13 © Vanessa Lim/Red Sports)