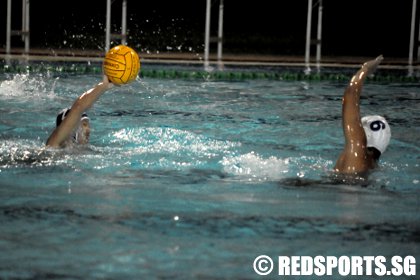 Both teams went into the game knowing that a win would be vital in securing a spot in the playoffs, as each side had only one point from their previous three games. National University of Singapore, Nanyang Technological University and Singapore Institute of Management were already guaranteed a place in the playoffs.

The first half was evenly-paced as both teams seemed to be on par in terms of skill level. Defence appeared to be the main concern of the day as both sides man-marked their opponents in closing and chasing down long passes, and trying to intercept shots.

SMU attempted several shots throughout the third quarter to try to increase their lead, but most of them were off-target. Due to the tight defence, both sides were forced to hold the ball and take their time to find an opening.

SMU’s Shaun Poon widened the lead to 5-3 in the third minute with a shot from the left flank past a defender. SP’s Desmond Tan tried to close the gap in last 30 seconds with a bounce shot but it was blocked by the keeper, giving SMU a two-goal advantage going into the final quarter.

After missing a couple of shots in the previous quarter, Kenneth Cheok made no mistake for SMU in the final eight minutes, scoring from the left flank with a bounce shot into the right of goal, making it 6-3 to SMU.

Shaun Poon then increased SMU’s tally after receiving a pass from Shaun Wee in the centre, scoring to the right of goal. Even with Poon Keng Kiang coming into the SP goal to defend, SP keeper Kenneth Yip still couldn't stop the shot from entering the goal.

Liu Xing Hui then made it 8-3 shortly after, putting the game out of SP’s reach. In the final minute of the quarter, SP was presented with a 3-on-2 opportunity to reduce the deficit. Desmond Tan tried a shot which was saved by the SMU keeper’s dive, and the game ended 8-3 in SMU’s favour.

“Okay, they played all right,” said SMU’s captain Yong Chang Jian, a second year student as he commented on his team’s performance. “Prior to this, we haven’t been playing well,” he added.

“We wanted to join the winners’ bracket but the other teams are too strong,” Chang Jian shared. Their group was made up of NUS, NTU, SIM and SP, while group A had Ngee Ann Polytechnic, Nanyang Polytechnic, Republic Polytechnic and Temasek Polytechnic.

SMU will be playing against TP, who finished bottom of group A, during the playoffs. Chang Jian sized his opponents up, saying, “For a team that’s really new, they’re quite decent.” 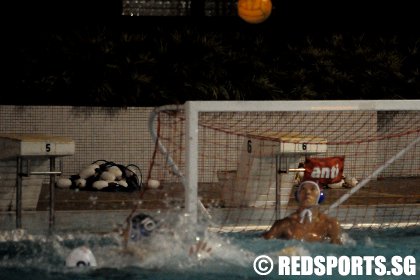 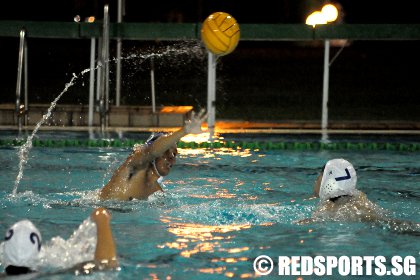 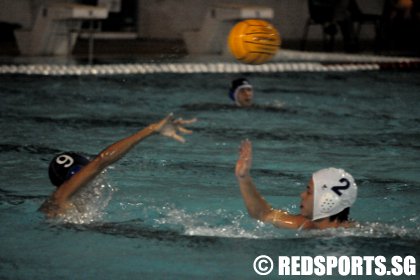 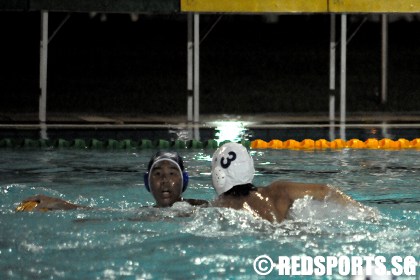 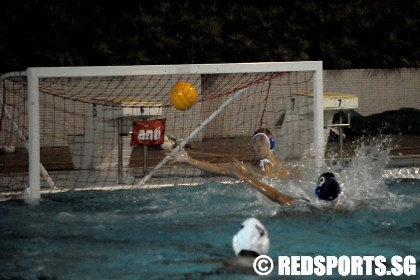 SMU keeper reaches out to save the shot. (Photo 6 © Yvonne Yap/Red Sports) 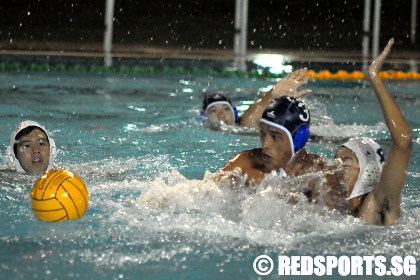 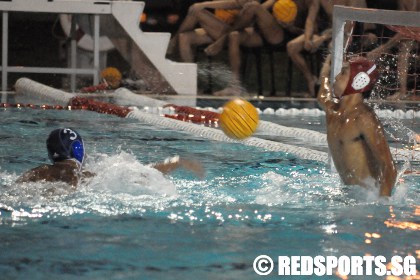 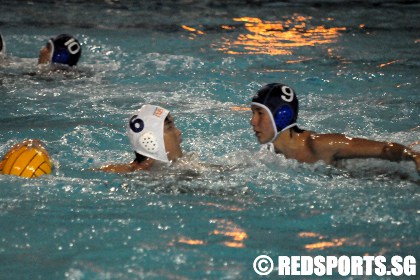 Poon Keng Kiang (blue, SP #9) takes on SMU’s Yong Chang Jian (white, #6) in a one-on-one situation, which was common in the game as both sides decided to man-mark each other. (Photo 9 © Yvonne Yap/Red Sports) 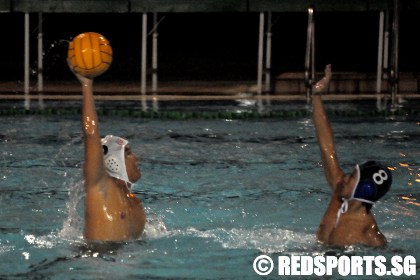