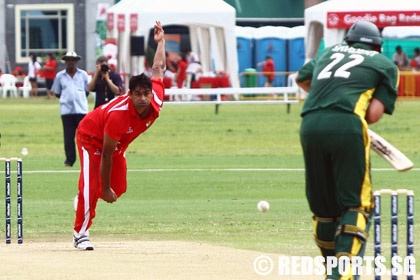 The former Indian Under-19 player was in his element as he dismissed Lee Savident, Jeremy Frith, Stuart LePrevost, Ross Kneller, Kames Jamie and Stuart Bisson with his wily off-spinners for Guernsey to be restricted to 169 all out in 49.4 of their allotted 50 overs.

Just when Guernsey looked like they were recovering from 21-1 and having progressed to 54-1, 25-year-old Mulewa struck with two wickets in one over when he sent back dangermen Savident and Frith back to the pavilion for the score to slip to 54-3.

In reply, batsmen Buddhika Mendis and Narender Reddy struck half-centuries as Singapore won in 32.3 overs. The Republic, though, suffered an early setback when opener Mulewa was dismissed in the first over with no runs on the board.

But Reddy joined Mendis and the pair put on 89 runs for the second wicket with left-hander Mendis the aggressor, contributing 66 with eight fours and one six before he was caught, trying to hook a short ball, on the square-leg boundary.

After another hiccup at 105 when skipper Chetan Suryawanshi was stumped, Munish Arora and Reddy paired up and reached the target with Arora making 29 not out and Reddy an unbeaten 59.

Guernsey, who played in the Division Seven final at home earlier this year, were expected to give Singapore a difficult time. "They are a bit like Jersey to whom we lost last year in the Division Five,'' said Suryawanshi, who lost the toss.

"We are happy to have won in this fashion as the victory was achieved with an all-round team effort. The spinners, especially, played a key role and in batting, we ran well and played sensible cricket."

Coach Trevor Chappell, who was enlisted by the Singapore Cricket Association to help the team for this important tournament said, "The team looks like it is getting better each time they play. The players can afford to pat themselves on their backs with their performance today."

Singapore face Botswana, Malaysia, Bahrain and Norway in this round-robin contest, with the matches played at the Padang, Indian Association and the Kallang Cricket Grounds. The top two teams will advance to the Division Five tournament scheduled to be held in Nepal next year. 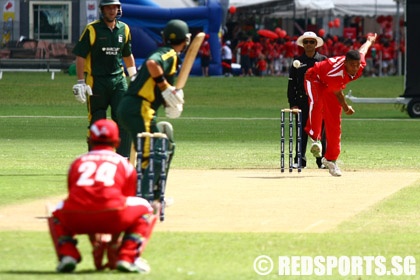 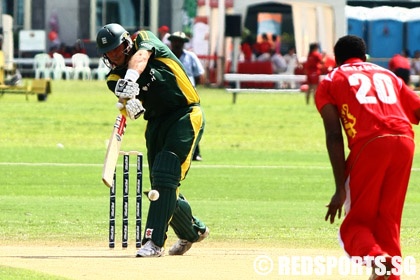 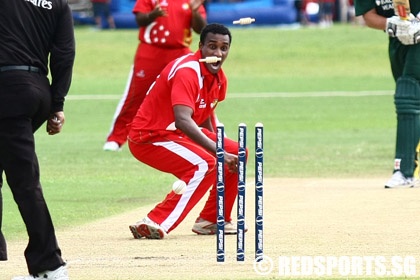 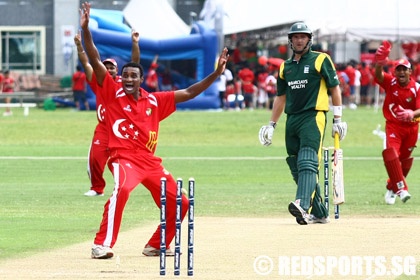 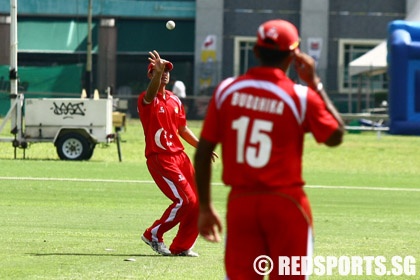 An outfielder passes the ball back to the bowler. (Photo 6 © Lai Jun Wei/Red Sports) 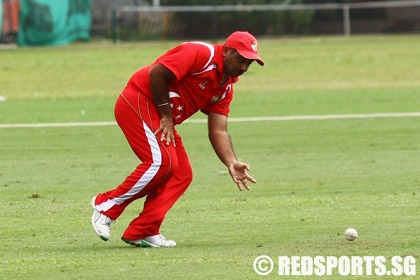 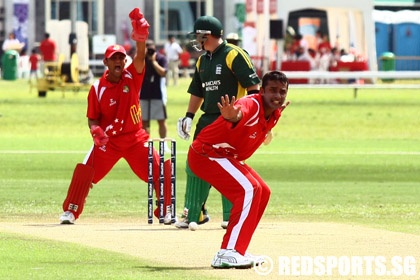 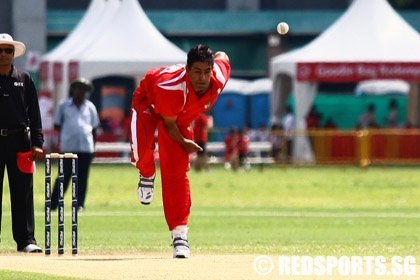 Dharmichand Mulewa was instrumental in the Republic’s win as he grabbed six out of seven wickets. (Photo 9 © Lai Jun Wei/Red Sports) 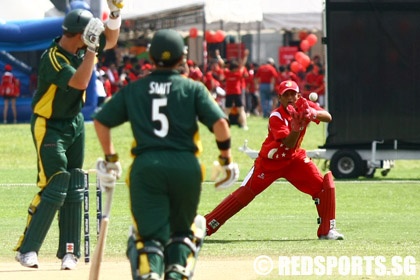