Oh, my! Singapore Press Holdings website steals from Red Sports (and you can add Lianhe Wanbao to the list too)

What do you call taking a picture from a website without permission?

In legal terms, it’s known as “infringement of intellectual property”.

That’s what Singapore Press Holdings site www.omy.sg seems to have done to Red Sports. The photo was also used on the front page of the May 15th edition of Lianhe Wanbao (see screen shot below). A second photo was also ripped from the site and used for the story.

SPH is the company that publishes most of Singapore’s newspapers, like The Straits Times, The New Paper and Lianhe Zaobao. It reported $1.3 billion in topline revenue for the financial year 2008.

One of our volunteers spotted the report below on www.news.omy.sg. See the picture? Doesn’t it look exactly like the Red Sports picture, also shown below? (UPDATE ON 11 AUGUST 2009 10.56AM – We noticed that the picture has just been removed from the www.news.omy.sg website. But you can see the evidence in the screen shot below.)

As if taking the picture isn’t bad enough, they covered their tracks by cropping off the copyright watermark – “© REDSPORTS.SG” – from the bottom right of the picture. They gave information about the date of the picture, the context of the picture but – oh, my! – failed to mention where the picture came from.

What part of “© REDSPORTS.SG” did they not understand? (© is the universally accepted symbol that stands for copyright)

The photo was taken by Marvin Lowe, a Red Sports volunteer, who confirmed that Omy did not at any time seek his permission to use the photo. Neither did they ask us. We would have rejected them outright because of the intended use of the photo.

Given the circumstances of the story, we think the infringement is especially vile. A young girl died tragically. Was OMY so eager to give a face to the story that they would stoop so low as to rip off someone else’s picture?

At the bottom of the www.omy.sg website, there is a line that says: SPH Copyright ©

They would never do it to Reuters, to Associated Press, or to Agence France Presse (AFP) to whom they have to pay millions in fees to have the right to publish their pictures.

Those agencies are owned by foreigners who will sue them for copyright infringement. But to rip off a small site run by a Singaporean? Sure, why not.

This is not the the first time an organisation has taken Red Sports pictures without permission. We usually give infringements the benefit of the doubt but a professionally-run, billion-dollar media giant like Singapore Press Holdings? 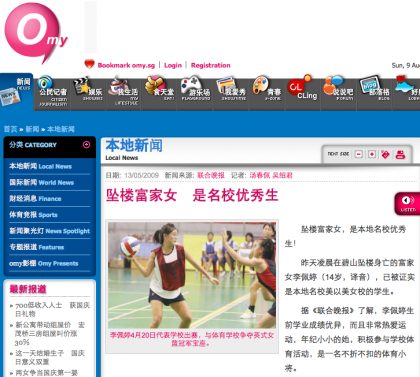 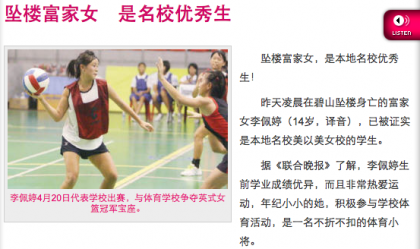 A close-up of the picture in question. 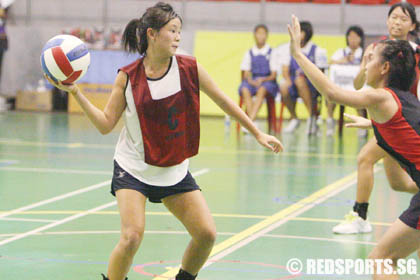 The photo that appeared on Red Sports that was taken by a Red Sports volunteer. Identical, yes? And the copyright watermark, © REDSPORTS.SG? They cropped it off. The picture was originally posted as photo 22 of a story about a netball game between Sports School and MGS. (Photo © Marvin Lowe/Red Sports) 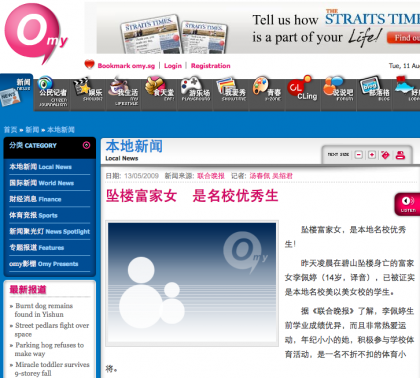 “We wonder what used to be there…” The stolen picture has since been removed within 24 hours of this post going up. We DID NOT ask them to take it down. However, it’s still on the world wide web. This begs the question: “If you remove the picture you stole, did you steal?” Discuss in no more than 500 words. Winning essay gets lunch from the Red Sports crew. 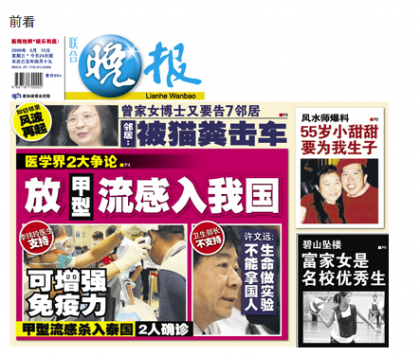 SPH also used the photo on the front page of Lianhe Wanbao as well (bottom right, black and white picture). The picture was repeated in the inside page and a SECOND photo was also ripped off from our site. Lianhe Wanbao stated the photo was taken from Red Sports, making it seem like we agreed to it. We DID NOT agree and WOULD NOT have sold them the picture given the story.