Seng Kang Primary School is the only school in Singapore whose students have daily physical education. This is Part 3 of a feature on why and how the school did it, and the rewards they are reaping. (Read Part 1 and Part 2)

With more than five years of daily PE under its belt, Seng Kang Primary School has begun to see the fruits of its gutsy decision.

While the school has done well in inter-school competitions such as track and field, basketball and soccer, the real proof of value has not come in the form of medals.

By its second year of daily PE, Seng Kang had surpassed the national average for the National Physical Fitness Award (NAPFA), and its pass rate has been increasing every year. Seng Kang's achievement is particularly outstanding because nationally, the NAPFA pass rate has been declining since 2004.

Ironically, the school gives little focus to NAPFA preparations. Says Head of Pupil Development Devindra Sapai, "If you have only two periods for PE, the focus will be on NAPFA. Then students start losing interest because the whole PE lesson is about running around and the fitness tests."

Instead, the school took great pains to design a thoughtful and integrated programme. By the end of six years, every Seng Kang student would have acquired at least 12 sports skills, with the depth and breadth of physical development increasing over time. And as an almost by-the-way bonus, a growing majority of them pass the NAPFA.

Another major payoff of the daily PE programme is the health of the children. The school's obesity rate has been declining steadily since 2004. Quek Jiamin, Level Head for PE, CCA, Aesthetics and Health Education, observes that previously, more children would sit out their PE lessons due to a medical certificate or various ailments like stomach cramps or headaches.

"Now, attendance for PE is definitely higher. The children look forward to having PE every day," says Jiamin.

Primary 4 student Putri Camila says that she likes PE because “it helps me to keep fit.” Agreeing, classmate Bryan Ng says, "Sometimes you feel tired. But after that you feel good because you have some exercise, unlike some schools where you have to stay in class, and sit there and listen to the teacher go on and on."

The school's parents have noticed the change too, with many saying their children now succumb to sicknesses like flu less readily. Adds Seng Kang's principal Mrs Lew-Lim, "Many parents, when they see me, will tell me that their kids love PE. They always bring up PE as a joyful thing."

Li Shi Yuan, a Primary 4 student, said that his parents were very supportive of daily PE. Why? "Improve your eyesight," said Shi Yuan, who has been wearing spectacles since he was in Primary 2.

The parental enthusiasm was not always there though. Jiamin recalls that in the early days of implementation, one question that parents would ask is: "Will playing every day will affect their results?"

Mrs Lew-Lim was candid in acknowledging that the school’s PSLE performance has given her, as she puts it, "permission to carry on." In the 2008 PSLE, two of the school's students were among the top ten Foundation stream students.

Daily PE has also given Seng Kang's students a measure of discipline and focus. "When the bell rings," describes Mrs Lew-Lim, "they know – they will all queue up nicely, briskly. They will go to their basketball or whatever sport, get ready quickly." It's unusual behaviour for children of that age, and Mrs Lim-Lew believes it's because they understand that being orderly gives them valuable PE time.

"They want to do it, to protect their area of choice – play and learning. I've seen it with my own eyes – the children hold their hockey sticks, they are don't even notice you. They are just so absorbed."

Seng Kang Primary School's inspiring story has not escaped notice. In 2008, the government-led Sporting Culture Committee made public its recommendations, and the school was chosen as the venue for the announcement. The committee's chairperson Mr Teo Ser Luck, who is also Senior Parliamentary Secretary of the Sports Ministry, lauded Seng Kang as "a model that truly reflects the sports culture we're looking at and aiming for."

This year, Seng Kang Primary School was also named as one of the winners of the POSB Everyday Champions award which recognises exceptional contribution to the Singapore sports scene.

Mrs Lew-Lim says that the school's ethos strikes a chord with many people. "They find it different, but they know it is right for the children. I think it's about the courage to do the right thing. Not just doing things right," says Mrs Lew-Lim.

With Singapore having one of the world’s highest rates of childhood myopia, and the global epidemic of obesity, diabetes and other diseases associated with sedentary lifestyles, this courage appears more needful than ever. © Red Sports 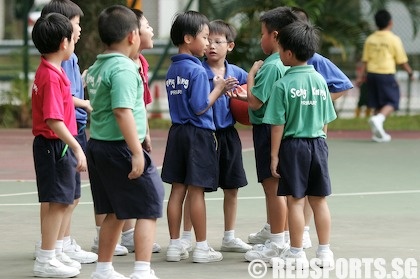 “So who wants to be in my group?” Seng Kang Primary students figure out their groups before they play basketball. (Photo 1 © Les Tan/Red Sports)

The results of daily PE says it all – the NAPFA pass rate in Seng Kang (in red) has shot past the national average. (Information courtesy of Seng Kang Primary School) 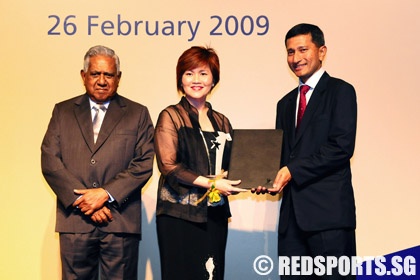 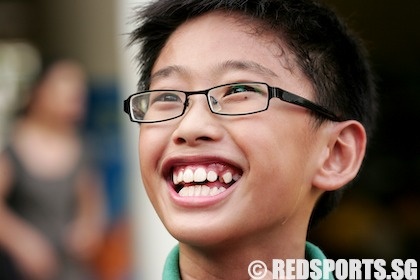 “… you feel good because you have some exercise. Unlike some schools where you have to stay in class, and sit there and listen to the teacher go on and on," said Bryan Ng, Primary 4. (Photo 5 © Les Tan/Red Sports) 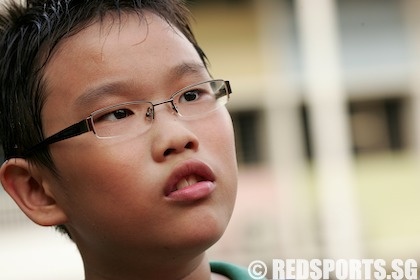 Primary 4 student Li Shi Yuan said that his parents were very supportive of daily PE. Why? "Improve your eyesight," said Shi Yuan, who has been wearing spectacles since he was in Primary 2. (Photo 6 © Les Tan/Red Sports) 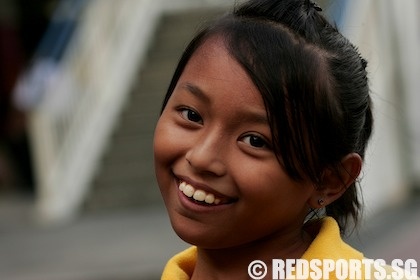 Primary 4 student Putri Camila says that she likes PE because “it helps me to keep fit.” (Photo 7 © Les Tan/Red Sports)