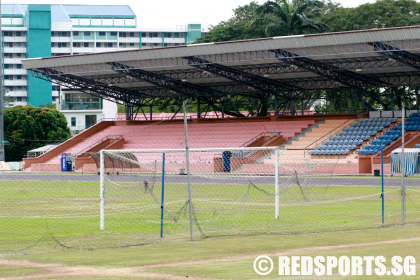 Home United will now have to play at the Clementi Stadium. (Photo © Koh Yizhe/Red Sports)

Home United are moving out of Bishan Stadium to the older Clementi Stadium, according to the Chinese newspaper Lianhe Zaobao (Change in home ground, Home United "homeless"; Wednesday, February 4, 2009).

With Singapore hosting the inaugural Asian Youth Games this year and the Youth Olympic Games next year, Bishan Stadium has been slated as a venue for two events. It is currently undergoing renovation, leaving Home United having to train in another venue.

Home United head coach P N Sivaji was quoted saying that Home United had received a letter notifying them that Clementi Stadium would be their new home ground this year, and perhaps next year as well.

Our REDcrew took a trip down to Clementi Stadium and found the place bearing some resemblance to a construction site, with its patchy green-brown field and ageing structures. The goalposts and nets appeared old, and the stadium itself looked small, nothing compared to Bishan Stadium. It was definitely not worthy of a club like Home United.

Sivaji added that preparation conditions were not ideal but Home United had no choice but to accept the arrangement.

On the transfer front, Woodlands Wellington’s Fadzuhasny Juraimi has been signed to replaced national striker Indra Sahdan while national defender Ismail Yunos from the Young Lions has been added to their backline. 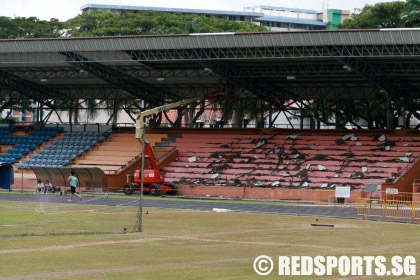 The condition of the stadium looks a little appalling and unfit for Home United, who finished in third place last season. (Photo © Koh Yizhe/Red Sports) 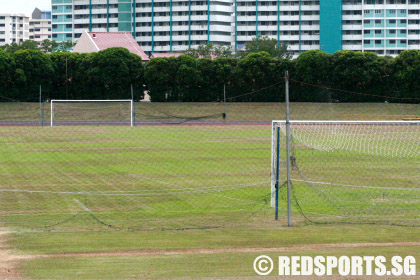 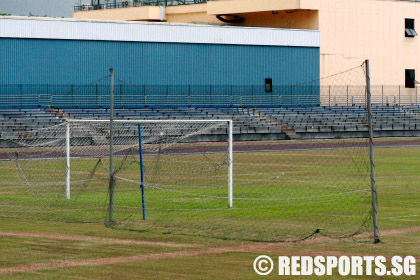 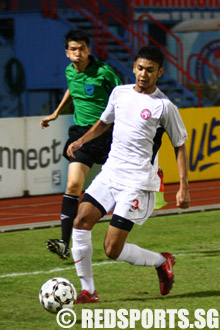 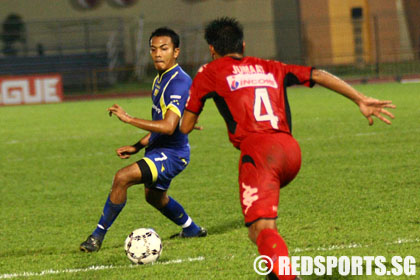