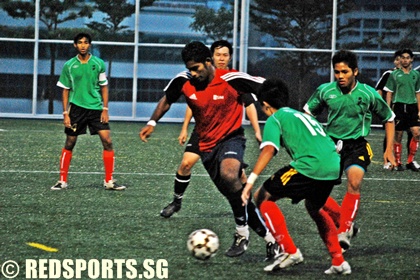 Ram Shanker of SIM (in red) scored the only goal of the night to win the game for SIM. (Photo 1 Â© Maryam Nasihah/Red Sports)

RP put on a credible performance in the first half, confidently stroking the ball around and stretching the SIM defence. However, just like in their previous 0-0 game with the Singapore Management University (SMU), RP were not able to convert the chances they carved out and both teams went into the half-time break deadlocked at 0-0.

In the second half, RP continued their dominance, but SIM started to threaten the RP defence. Both side were now creating chances but were unable to convert.

With just 15 minutes to go, SIM finally made their a breakthrough with a goal by Ram Shanker.

RP, despite fielding Gabriel Quak of the Young Lions, tried to get back into the game but SIM were able to hold on to their lead to get all three points. 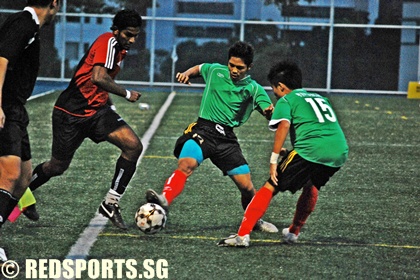 Danial Aizat of RP gets a foot in to strip Ram Shanker (in red) of the ball. (Photo 2 Â© Maryam Nasihah/Red Sports) 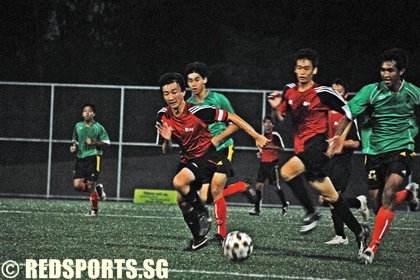 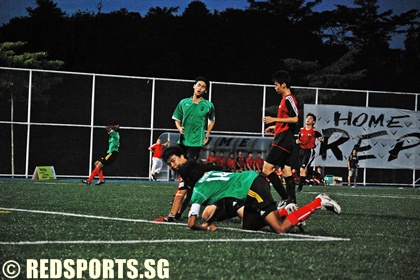 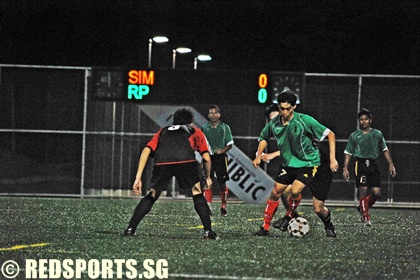 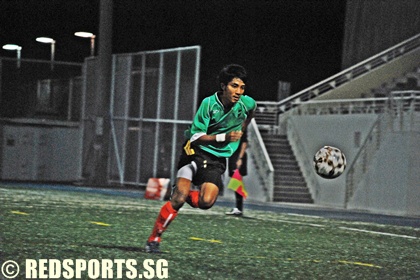 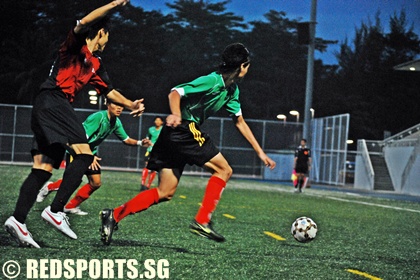 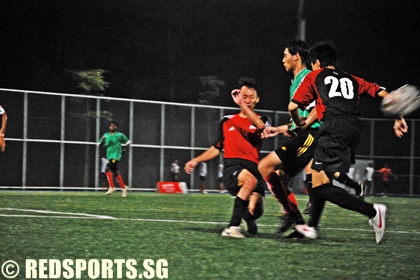 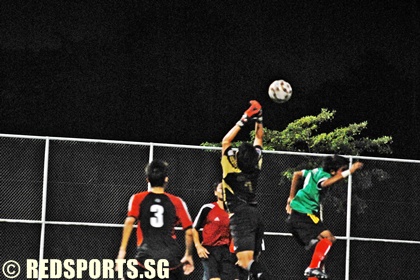 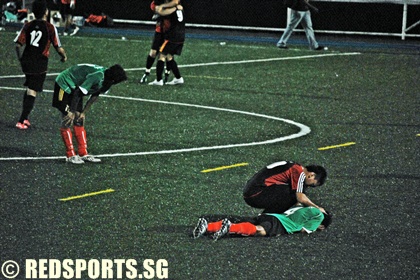 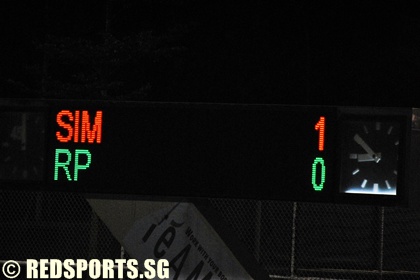 N.B. If you know the names of the players featured, feel free to let us know in the comments section below and we’ll update the captions.